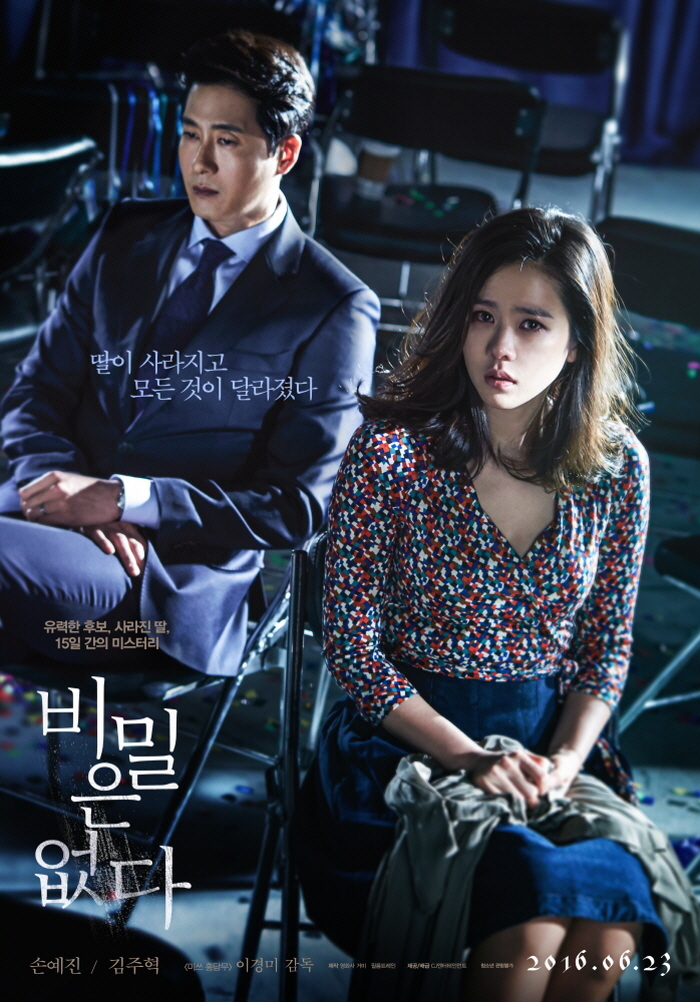 Yeon-Hong (Son Ye-Jin) is married to Jong-Chan (Kim Ju-Hyeok) and they have a teenage daughter Min-Jin (Shin Ji-Hoon). Jong-Chan worked as an announcer, but he is about to run for election as a National Assembly member. Yeon-Hong is enthusiastic to help her husband's election campaign. On the first day of Jong-Chan's campaign, their daughter Min-Jin goes missing. Yeon-Hong becomes desperate to find Min-Jin. She is also devastated by her husband and those around him worrying more about his election campaign. Yeon-Hong begins a frantic search for clues on her daughter's disappearance. 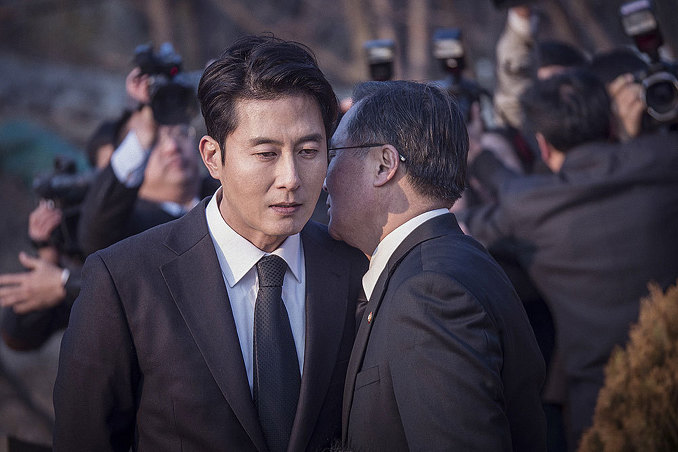 Veeveevee Feb 18 2020 11:49 am After spending the most disturbing two hours of my life, finally the title made perfect sense! What a great story with a weird storytelling yet delectable nonetheless.

This is not for the faint of heart, there were a lot of scenes that my cowardly self could hardly take. But this was definitely a great movie! Everyone was amazing. The main cast most especially had superb acting! I was scared during the scary scenes. I was anxious in most parts. I was heartbroken too with the entirety of it.

What I got from this story though is to never take your family for granted. Dedicate more time to know each one more. The dead can no longer speak. Take care of the living.

Anne May 19 2018 1:06 am Let me give an applause for Ye Jin unnie performance, she nailed that complex emotion of that woman. Seriously her acting's truly proved here

I think the releasing of the video was the punishment for her since Kim Joo Hyuk's character is a political figure.

gizibe Oct 18 2017 5:50 am This was a great movie! I could not take my eyes from the screen afraid I might miss something. Applause

Parash Sep 24 2017 11:14 am Can anyone tell me the reason why the teacher So-Ra is not punished by mother ? Everything is understood but not this. I can't accept it. The teacher should also get punishment. Please explain me this.

Yumi Aug 26 2017 9:18 am This is the story of a family. [SPOILER!!] A family who was rotting away; a father who cares more about the election than his missing daughter, a mother who is too busy to notice all the bullshit her daughter was going through, and a girl who wanted to escape abroad. The editing style gave it a frantic atmosphere which kept me at the edge of my seat and the music gave some of the scenes an eerie vibe. I was surprised by the twist at the end, although I should have known considering all the foreshadowing there was. The film reaffirms that Lee Kyoungmi's is in fact a talented director. I highly recommend.

Bab Aug 25 2017 9:27 am Spoiler .It's been awhile since I watched the movie/ and this is not gonna be the best explanation for the ending. After the mother barges into her daughter and best friend's place where they hangout, the best friend comes and tells her all the stuff that has happen that lead up to her daughter's death. Here's what lead up to her death. So somehow the daughter and her bf ( best friend ) found out that her politician father was having a affair with her teacher. (The teacher that the mother has been getting help from ). So the daughter and bf gives the teacher a gift ( don't really remember what it was, but it was disguised as a security camera. Anyways the teacher put the disguise security camera without knowing it was one in her car ( I assume it was a car decor thing ) and the security camera happens to caught footage of the teacher and the politician father having sex. And so the daughter and her bf sends a vid of it to their teacher. And verbally abuse the teacher ( they have a good reason for it tho ). But anyways they blackmailed the teacher in giving them good grades. And their grades soared up rapidly. The teacher and the politician had enough of this and the politician father hires a guy to kill his daughter. And so the guy did the kill the daughter by running over her with a car, but the bf who witness the whole thing, then gets in the car and runs over the guy who killed the daughter. So the bf did kill somebody but not the daughter. And the bf has the guy who killed the daughter's phone. Throughout the movie she was trying to unlock it. So anyways the bf gives the phone to the mother who contacts the the person who hired the killer ( aka the politician father) And so she says she wants to meet him through text. I figured the they met at the same place her daughter died. The mother hides in the field. When the father arrives , she jumps out using the taser that was given to her by him and shocks him. After trying to torture him. She gives up and just let's him live. But she uploads the vid of her husband and teacher's sex tape. his politician life is over now. His punishment is his regret and guilt for the rest of his life which is also stated in another comment made by NayHtet. But anyways she goes to the place where the police found the her daughter dead. There she lays listening the song her daughter and bf always listens to. ( Don't know if she was trying to die or just laying in sorrow probably laying in sorrow ) But anyways the bf ( best friend ) comes walking up to the mother. The mother mistakes her as her daughter comforting her ( bf ) when she was crying.She quickly realizes that it's the bf. And I think the mother asks the her what her daughter thought of the her, the mother. The bf said that her daughter thought she was stupid and that she needed to protect her. That's pretty much what I remember from the ending. Great movie btw. Hopes this helps.

NayHtet Mar 29 2017 2:34 pm Spoiler !!! The ending was awesome and sad at the same time. She did intend to kill Kim Jong Chan but she did realize that wasn't the perfect punishment for him. Then she realized the only cruelest way to punish him is to stay him alive. So he had to live his whole life with regret about killing his own daughter. Then she uplaod the video because she want him to suffer the real punishement in hus whole life. Then he would certainly be a loser and had to regret what he had done. Then she go to the place where her daughter was buried then she decided to die. That's why the last scence was seeing her daughter who was lonely and pained in the afterlife. The perfect ending for making the whole movie to enter the viewer's heart. If she actually killed her husband, then the viewers would feel release. Then they will get over it really soon. But the story make a trick and let that killer alive to live his life full of regret. This kind of ending is so great. Anyway, the acting of Seo Ye Jin was a masterpiece.

Saher Jan 27 2017 3:07 am Someone please explain the ending. I have looked everywhere for some sort of clue and nothing.

Salamander Nov 01 2016 12:20 am This movie is so dark and unexpected. The cast did a great job, especially the main woman and SoHee It has this disturbing atmosphere that confused me so much and lead me away from the truth But the last scene wasn't clear

krystal Aug 02 2016 9:21 pm This movie is so dark but also awesome at the same time. I couldn't take my eyes of Son Ye Jin. She did a wonderful job again. I would watch it again!!!

debie guarino Jul 01 2015 2:15 am This movie is what Jungyoung trying to say in TWO Day and one night XD the thtiller movie of juhyeok. XD