The Tragedy of M 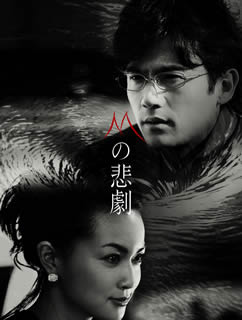 When Mamoru Ando (Goro Inagaki) was young, he encountered a burglar in his house. The fear of that moment became a major theme in his life, leading to him joining a security firm. His heightened sense of danger avoidance saw him promoted early. With his engagement to Yuki (Aya Okamoto), the daughter of company director Shimaya (Masato Ibu), fast approaching, he is at the peak of happiness. However on the train on the way to an important business meeting, he meets a women dressed for mourning and finds himself in all sorts of trouble. The woman's name is Misa Aihara (Kyoko Hasegawa). Mamoru doesn't remember her, but Misa bears a considerable grudge against him. From that moment on, Mamoru's life begins a noisy collapse. -- TBS