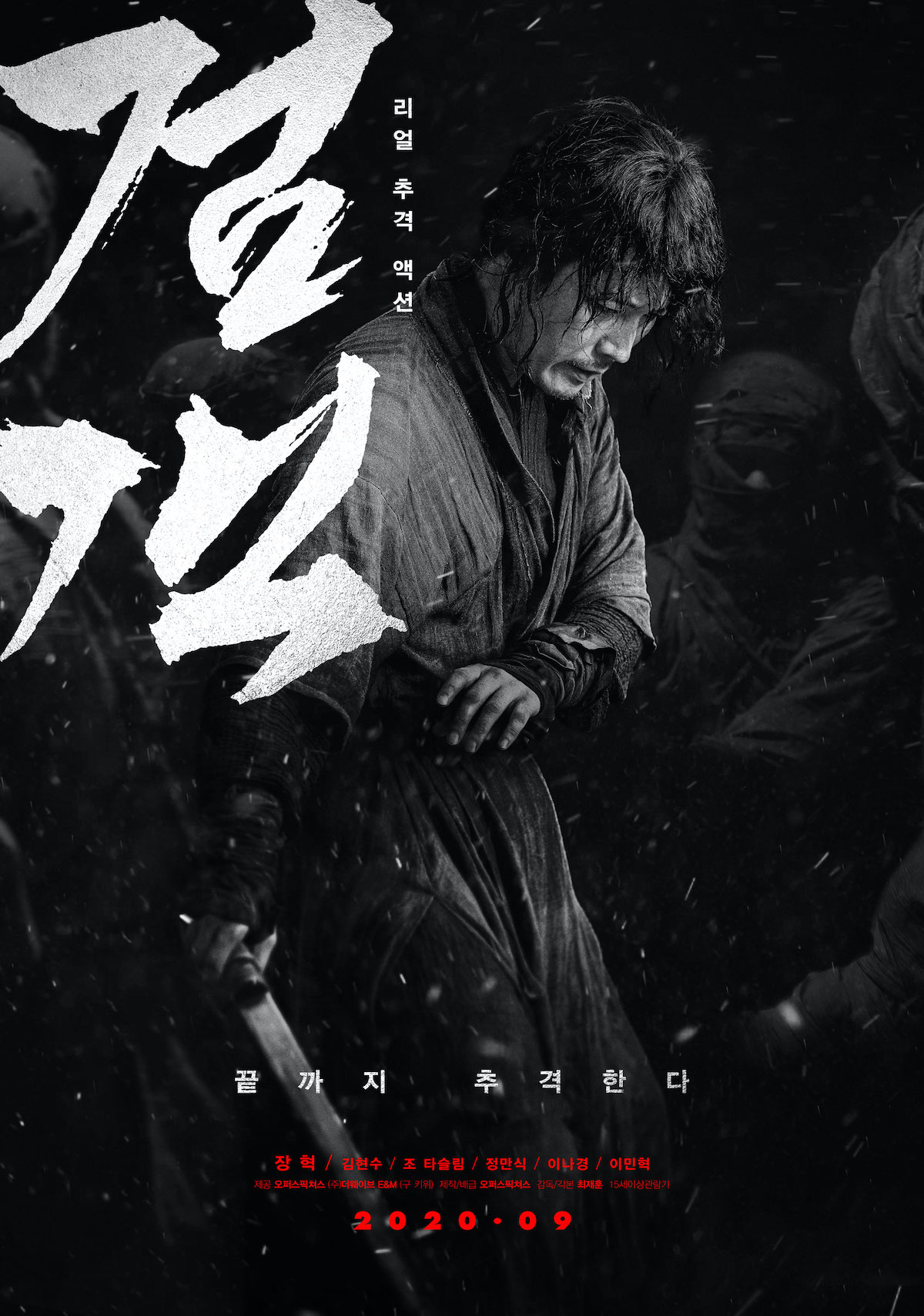 After the dethronement of Gwanghaegun, the country's best swordsman Tae Yool (Jang Hyuk) vanishes. Joseon itself is in chaos due to the conflict between Qing and Ming Dynasty. Gurutai (Joe Taslim) is a member of the imperial family of Qing. He makes unreasonable demands upon Joseon. Under this situation, Tae Yool’s daughter Tae Ok (Kim Hyun-Soo) is taken by Gurutai’s subordinates. Tae Yool picks up his sword again to save his daughter.

Nei Feb 06 2021 11:11 am the last scene made me cry ? This movie is very good, recommended to watch! The cast was extraordinary. I was surprised to find that this film was made from 2017. It should be released sooner, so the audience reaction could be even better. Unfortunately, this film was released to the cinema during the Covid-19 pandemic.

Emira Jan 07 2021 8:47 am I really enjoyed this movie! The storyline of this movie is simple and not complicated. The best thing about this movie is the fight scene.

HV Dec 06 2020 1:08 pm Wow!!! That was beautiful. I have not seen fight choreography sequences like these in Korean films since Six Flying Dragons. The storyline was clear enough for the limited timeframe and Jang Hyuk, as always, was fantastic.

This was the Joseon version of the film series, Taken. “Be very careful who you mess with”

Lilia Nuraini Nov 28 2020 8:19 pm Joe Taslim, you really amazed me with your acting skill in this movie, beyond my expectation. Can't hardly wait to see you in another international movie

suzy Sep 01 2020 8:44 pm Finaaalllyyy..... i've been waiting for this movie for 3 Years,,, can't wait to watch it,, i hope this film is not gonna have rescheduled like other movie because of pandemy,, Pleaaaassseeee don't reschedule the movie,, but why they have to release it now not a year or two before,, where the conditions is not really good for lots of people cannot gather in one place..

Rin Sep 01 2020 8:30 am Omoo really waiting, i know this film since two years ago, interesting trailer and excellent actor!!

gasenadi Sep 01 2020 12:10 am Does it usually take three years from filming to exhibition? I know there's a pandemic, but three years seems a long time. Anyway, always excited to see Jang Hyuk.

The Great And Powerful Turtle Aug 20 2020 6:31 am TaeYool... If you are looking for ransom, I can tell you I don't have money. But what I do have are a very particular set of skills; skills I have acquired over a very long career. Skills that make me a nightmare for people like you. If you let my daughter go now, that'll be the end of it....