The Sword of Alexander 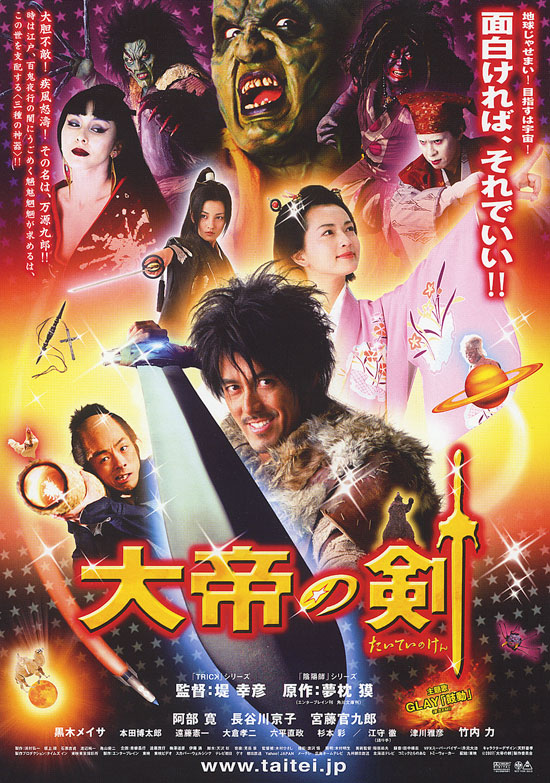 Orichalcum is a mystical metal material that gives great powers to the life form that possesses it. Many Eons ago, the Orichalcum was split into three and landed on Earth. The metal then took the form of three relics: Skanda’s Vajra, Jew’s Cross, and the Sword of Alexander. Anyone able to re-unite these three Orichalcum relics would then obtain the powers of a God. Now two rival aliens are in a heated race to reunite the Orichalcum. They land in Edo era Tokyo where the relics are thought to exist.

A somewhat bumbling Samurai by the name of Genkurou (Hiroshi Abe) now possesses the legendary Sword of Alexander. He’s unaware of the sword’s importance, as it was a gift from his dying grandfather. Genkurou then encounters Princess Mai and her always present bodyguard Sasuke. It just so happens that Princess Mai has been overtaken by one of the rival aliens named Ran. Genkurou, Princess Mai, and Sasuke then team together to find the other two Orichalcum relics before the evil alien Dakusha does so. No less than the survival of the universe is at stake.