The Sword With No Name 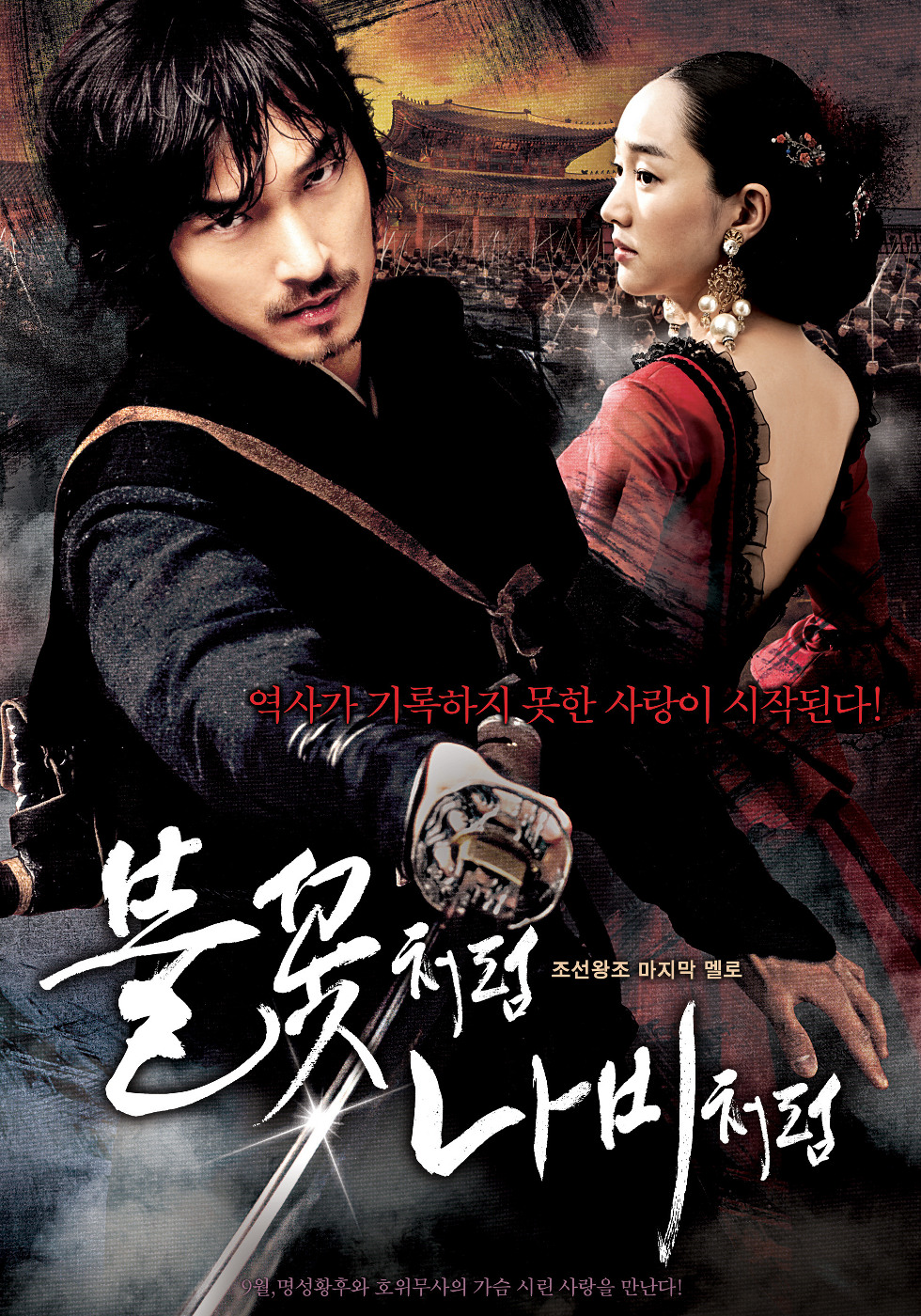 Mu Myeong (Cho Seung-Woo) is a Joseon dynasty headhunter who meets and falls in love with lady Ja Yeong (Soo-Ae) who will become the future Empress Myseongseong. A few years later, Ja Yeong enters the royal palace to marry King Gojong. Mu Myeong still having feelings for Ja Yeong and in an attempt to get closer to her becomes her personal body guard.

Ja Yeong, now as the Queen of Joseon, becomes involved in a power struggle with Russia and Japan who are attempting to colonize Korea. Furthermore, King Gojong's father (Cheon Ho-Jin), who wields true power in Joseon, works with the foreign interests which causes Ja Yeong to stand up to him and the foreign diplomats. The king's father then gives his implicit approval for the Japanese to assassinate Queen Je Yeong. Mu Myeong must now fend off these threats to protect the woman he loves ... 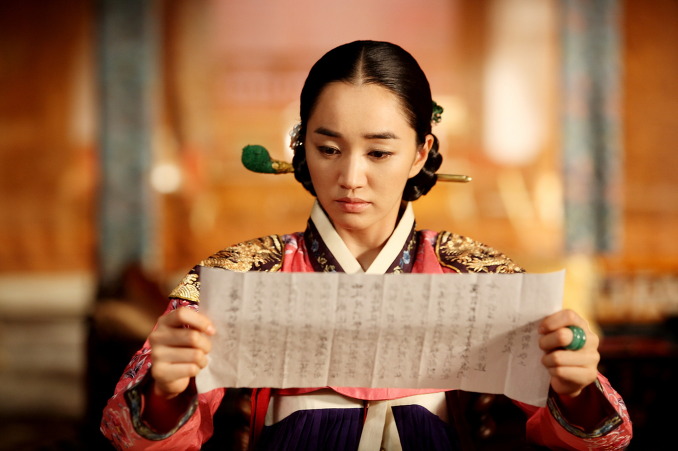 AJ Jan 19 2018 8:09 am One of the best movies I have ever seen. First saw on Netflix years ago: Bought it and have watched three times. It has charm, humor, romance, martial arts, danger, and heartbreak—from beginning to end, a wonderful story of committed love and loyalty.

Ember Jul 07 2015 5:26 am I loved this movie!!!! Was curious about Soo Ae after watching her in Mask...so I jumped on this film because I like storylines like this, bodyguard inlove with the queen...haahaa it was so cute. I loved the fight scenes that looked animated...wish all films/dramas could have such awesome martial arts scenes.

Kahuna Feb 22 2014 11:32 pm I visited the palace that is now blocked by a huge government building that was built during Japan occupation of Korea. I could not imagine that there would have been an assassination of the queen with such little note other than a plaque at the palace which is a tourist attraction. Having seen the movie without knowing the storyline... it is an amazing telling of a dark period in the history of Korean culture and Japanese arrogance ... astonishing and tragic.. the occupation of Korea by Japan is a wound that will never heal.

JBtje Oct 11 2010 4:34 pm Super movie! Perfect balance between action, and romance. The story-line is great, music is perfect and well, basically a movy you must see! Animations are indead a little too animated, and sometimes a little too fast, but therefor the action is really nice!

helder pérez Jun 29 2010 2:56 am This is one of the best romantic stories I've ever seen. It's poetry with a deadly accent. I would give this a Nobel Prize for films, if they existed.

mel Jun 16 2010 8:05 am I enjoyed the it very much. It wasn't too long or dragged out, just right. The Su Ae's really captures the audiences and draws you in. Definitly worth owning in dvd!!! Loved it!!

varms May 15 2010 12:29 pm Such a lovely movie... I was drawn to Su Ae's portrayal of the Jae Young and Mu Myeong's personality and steadfastness. I don't like many historical type of movies, if I had to name favorites, it would be The Sword With No Name without a doubt as well as Duelist. Choi Jae Woong was also a very engaging character (didin't quite know which side he was batting for), overall, one of the best Korean movies I've watched!!!

Shin Hye Ban May 13 2010 4:59 pm A very, very good movie. It's setting is beautiful--there are many memorable scenes in it. The ending made me think a lot and it was amazing how the director twisted a mostly true story by adding in a character. The ending had me in tears (I cry in movies) but it also left me with a lot to think about. The main character Mu Myeong was definitely my favorite and the character I sympathized with the most. It is VERY INTENSE, like a lot of Joseon historical dramas and movies, so beware. The fight scenes were incredible, the characterization sublime, and the plot riveting and definitely engaging.

Going from light easy going start to the tragic end, this movie had me riveted on the screen. The cast, the production and the music, everything was perfect. This was one of the best movie i've seen !