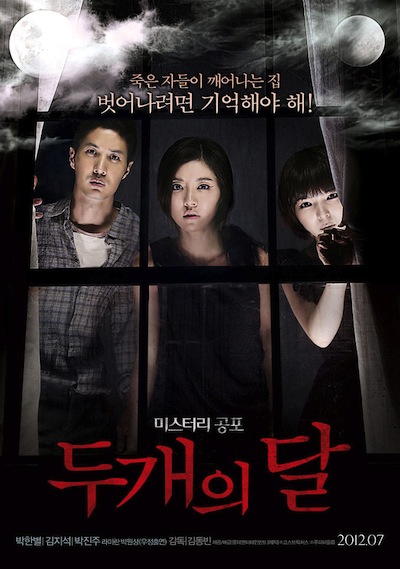 "Two Moons" depicts two women and a man that find themselves in a isolated area without a way out.

So-Hee (Park Han-Byul) is a horror story writer who holds a secret. Seok-Ho (Kim Ji-Seok) is a university student who suffers from an an unidentified trauma. He tries to uncover what that trauma is ... 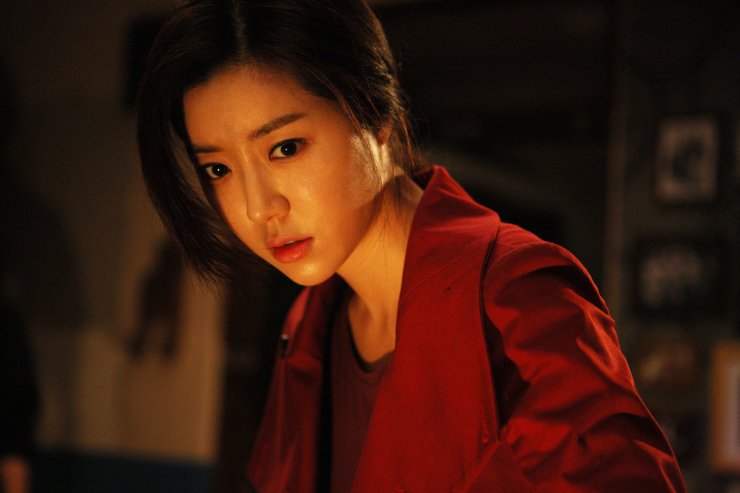 MotorradHermes Jun 25 2016 8:47 am Decent movie...Got me hooked till the end but I really disliked the ending. A good watch nevertheless!

jul Mar 21 2016 12:47 am What a nice moive though the ending confuses me a lot.... So, at the beggining, she already know that something will happen but she still continued to do it? she's so lameee.

Shin Makki Mar 12 2016 4:00 am For those who are worried of the movie. It's not that scary yet not boring. But it's enough to shock you and make you feel grossed or something. If you are scared of ghosts, its okay to watch the movie. The only thing to care about is if you are easy to shock. But the movie is great. Watchibg it on thrill now!

angel zhou Feb 07 2016 8:18 am i really want to watch this movie since it has Kim Ji Suk as one significant main character... but i'm a scaredy cat and really afraid of horror -_- ottoke :((

Clarkdale44 Mar 01 2014 2:52 pm Nice concept!! It actually gave me the chills in some scenes. I am not that much impressed with the casting... But it all worked out well in the end... This movie is worth a shot at least once...