The Scales Of Providence 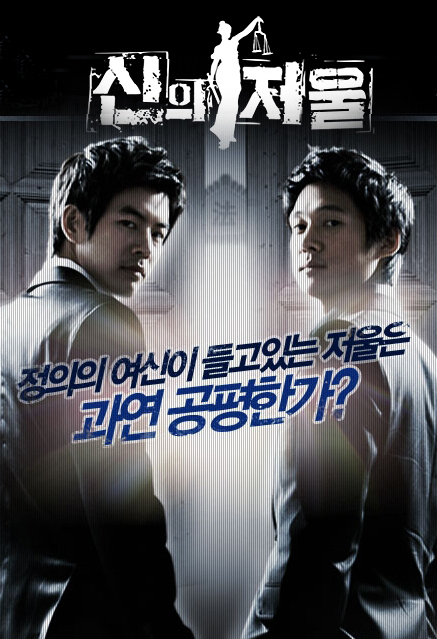 Lee Sang-yoon (Kim Woo-Bin) wanted to become a prosecutor like his dad who was admired for his unshakable integrity. But after failing to pass the bar exam several times, he finally passes the bar one day, which is also the day when he kills a woman by accident. He decides to confess his crime but he lets himself be convinced by his mother to keep it a secret and not disappoint his father. The woman he killed was the girlfriend of Joon-ha (Song Chang-Eui). Joon-ha’s brother, who had a criminal record, decides to confess to the crime so that Joon-ha won’t have to go to jail and their mother dies from grief after the judge sentences her son to life in prison. Joon-ha becomes driven to pass the bar exam and it takes him three years to finally pass the bar, giving him a chance to prove his brother’s innocence. After deferring his law trainee program and leaving the country for two years, Sang-yoon returns to Korea and enters the law trainee program where he befriends Joon-ha. He then learns that Joon-ha’s brother is serving a life sentence for a crime that was committed by none other than himself. He also finds out that Joon-ha’s mother died from grief that her son was sentenced to prison. Though he should have asked for forgiveness from Joon-ha, he turns into a wicked person. Later on, he becomes a cold-blooded person who misuses the law to serve his own interests. When Shin Young-joo (Kim Yu-Mi) finds evidence that tacks the murder on Sang-yoon, he dangles the prospects of marrying her to manipulate her. Joon-ha reopens the murder case of his late girlfriend when he gets furious from the revelation that Woo-bin could be the killer. Unaware that his career is in jeopardy, Woo-bin is promoted as a partner to his law firm. One day, Woo-bin is stunned when his father confronts him and asks, “Did you kill that woman?”

Park Min Nov 14 2022 9:57 pm It was totally fine up until episode 8. By ep9 both acting and writing got super awkward, events started not making things and are only happening to advance the plot, relationships became artificial and dull, and there was a noticeable overall drop in quality. One thing that really bothered me is how everyone was heavily reliant on the key chain. This plot element was handled poorly from all parties involved. Also, police force was comically bad how they handled the case. No follow up on Se Ra and Joon Ha they were no where to be seen after their last abrupt conversation, I guess the writer forgot.

SangHye Dec 26 2015 9:33 am Just finished watching this drama, honestly, watched this coz of lee sang yoon and I'm aware that he's a bit noob then so I don't expect much but turn out, this was actually a good drama it is fast paced and I don't get bored watching this. Shin Young-Joo is my favorite character here, I like her acting and story line with lee sang yoon, also the friendship between the students, and the relationship of song chang ui and his brother. Honestly, most of the actors here are likable so it is easy to watch and it isn't as dark as I thought it was also not too overly dramatic, just enough for the story.

jinjoo Sep 14 2015 1:57 pm I recently came across an interview by magazine Marie Claire & interestingly enough the author wrote & i quote: His choice is not because he has expectations for great ratings or to reach the top. When he chooses a role, his priority is the project itself instead of the character. Once again, he decided to film this drama as he was sure it could stay in his portfolio as a well-made drama. Keeping in mind that such dramas are made with the goal that people will watch it again one day, he said he accepted the director’s offer no matter which role he’d have to play and his casting was finalized before the role he’d play was established. Friday night dramas usually have heavy storylines, so without expecting big ratings, but hoping this drama would find some fans, all actors and staff are currently enjoying filming. (credit Marie Claire author sorry i don't have the name)

However, i can attest to that since i've seen this drama & after watching it i wanted to see it again! it's like the author or Song said it's a drama that fans might want to see again after watching it the first time!

I really enjoyed this drama & highly recommends it!

pearl Jul 22 2015 9:18 pm just started watching this drama & i'm liking this already; as always Song chan ui's performance is to be reckoned with, awesome actor - i really liked him in golden bride & wants to see all of his previous projects plus his new one make a woman cry! hope to see more of song in the future!