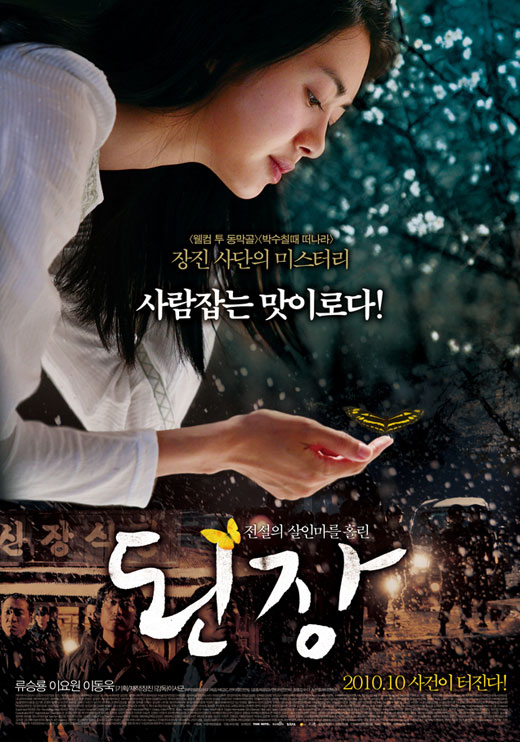 A man on deathrow wants to taste "doenjang jjigae" (a spicy Korean bean paste stew) before he dies. Television producer Choi Yu-Jin (Ryoo Seung-Ryong) hears of the inmate and researches his story for an upcoming news report. Choi Yu-Jin then comes across a mysterious woman named Jang Hye-Jin (Lee Yo-Won) who makes doenjang jjigae that brings tears of joy to those who tastes her recipe. As Choi Yu-Jin delves further, he learns of Jang Hye-Jin's heart breaking relationship with Kim Hyun-Soo (Lee Dong-Wook). 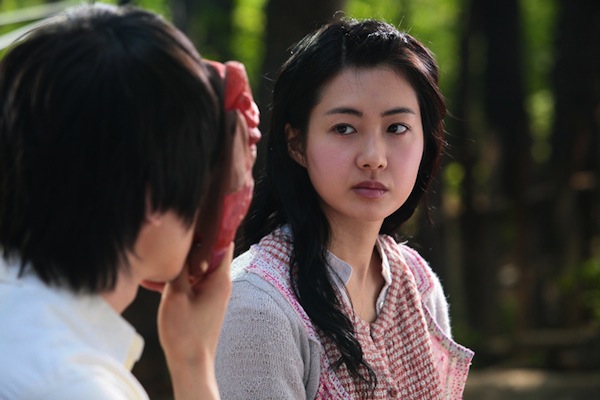 dore Aug 24 2013 12:08 pm Perfect movie! it's kind of fantasy and i realllllly love the way story flowing but in the end it makes a big confuse to me :) the imagination of the writer was superb!!

Anna Sep 01 2012 6:27 pm This is a beautiful film, a feast to the eyes and the heart. A classic to stand at the side of " Babette's Feast" and "Like Water for Chocolate". Food that is created with love can deeply change a human being. This is not fantasy, it is true. I greatly enjoyed the choice of slow motion and special effects on magic moments. It was subtle, gentle, pertinent, not like Hollywood films that overwhelm the viewer and takes one away from the story. Great performances, great direction. This is a 10!

chu Mar 20 2012 9:17 am This movie is so great and amazing. It has its own way for a perfect ending. I really cried when Jang Hye Jin said "He didn't get to taste it, yet." It's like she made a perfect doenjang stew, but the only one person that's matter to her, didn't get to taste the stew.. Btw, I did have to wait for more than an hour to see Lee Dong Wook, whereas I watched this movie because I want to watch him.

paul Apr 30 2011 10:20 pm Had the dvd given to me for my birthday, I rate this along side of movies like "Okurobito", "Always", and "Sweet Rain". Touching, sensitive and well filmed with a very good soundtrack.Seemed to start slowly but before I knew it I was hooked , this is a 5 star classic from South Korea.

Char Jan 12 2011 12:02 am I just watched this movie at the Palm Springs International Film Festival and it was one of the best movies I've ever seen. Me and 2 friends went and were so moved by the acting, the storyline, the photography, everything. Bravo.

"I enjoyed the initial storyline with the fabled "Doenjan Stew" and the mysterious persona of the character played by Lee Yo-Won."

Can't wait to see it.

Ki Oct 25 2010 11:03 pm Watched the world premiere of "The Recipe" at the Pusan International Film Festival. I came away disappointed with the film. The movie jumps a lot of genres and makes the story a lot more convoluted than necessary. I enjoyed the initial storyline with the fabled "Doenjan Stew" and the mysterious persona of the character played by Lee Yo-Won. Maybe after 30 minutes the movie goes down quite a few different paths and, for me at least goes, downhill. I guess to be witty I can say "The Recipe" contained way to many ingredients - ruining a perfectly a good soup base. On the flipside someone from Variety gave the movie a rave review.

Also after the screening Lee Yo-Won, Ryoo Seung-Ryong, and movie director appeared for a Q&A. Producer & screenwriter for "The Recipe" Jang Jin also came on the stage briefly towards the end session. Lee Yo-Won did look great in person and made sitting through the unnecessarily convoluted movie worth it.