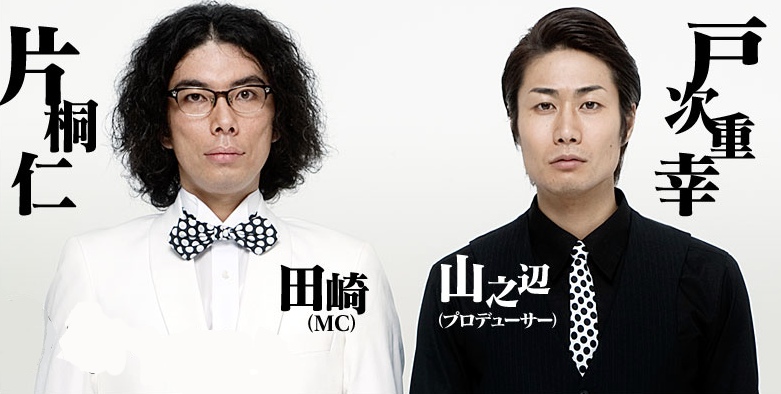 The Quiz Show features tormented characters in twelve episodes, with one common thread – the mysterious relationship between the deviant Producer and enigmatic Host of The Quiz Show. The Producer and the Host are both introduced in each episode in a dark asylum, the Producer look-ing put-together and strong, the Host ill-looking and without his memory. This short opening flashes into the dream-like set of “The Quiz Show.” Each week a new contestant comes to play on the game show – little do they know that a dark secret deep within their past will be tested throughout the game. Each contestant highlights one of the Seven Deadly Sins – pride, gluttony, wrath, greed, sloth, lust and envy. They hide their public image behind an unforgivable sin they have committed. As they are asked questions from the Host, seven questions in total, the contestants are slowly forced to reveal details of their sins – will they lie under the pressure, or will the truth of their irremissible acts set them free? Is the prize of ten million yen (100,000 USD) worth it?

Aya-chan Aug 07 2017 8:40 am Although late in watching this, I enjoyed the drama too much. It's awesome on how the 'Host' is able to change his attitude within seconds onstage. The drama was never boring and I was kinda surprised with the nude scene at episode 9 :P

Sora Jun 18 2010 10:49 pm GREAT DRAMA! I cannot recommend it enough! While the sequel is also engaging, the original The Quiz Show is fast-paced, exciting and full of mystery. The acting of the two leads is amazing; by the end, you cannot help but feel emotionally invested in each character. This is one of my favorite dramas (and you can whip through it in a few hours too), so please give it a look.