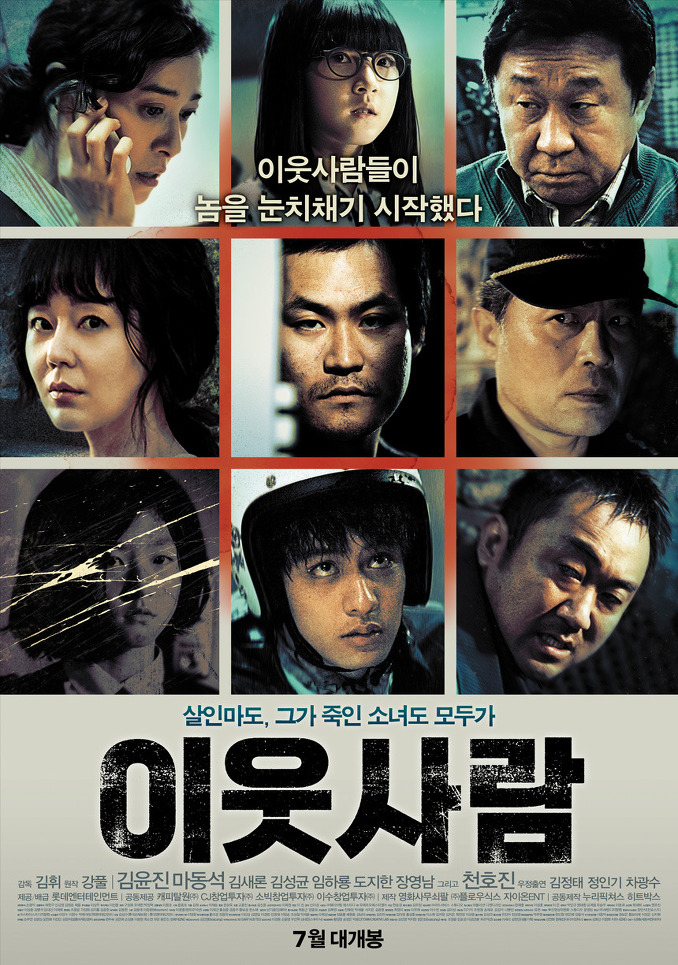 On a raining evening, middle-school student Yeo-Seon (Kim Sae-Ron), resident of a middle-class apartment complex, walks home alone from the bus stop, but she doesn't make it home. 10 days later, her decapitated body is found in a red suitcase. Gyung-Hee (Kim Yunjin) is Yeo-Seon's stepmother. She carries tremendous guilt, because she did not pick her up stepdaughter on the evening that she was abducted.

A few days later, Gyung-Hee is so startled, she falls to the floor in the parking lot of her apartment complex. A girl stands in front of her. The young girl's name is Soo-Yeo (Kim Sae-Ron) and she carries an uncanny resemblance to her murdered stepdaughter. Soo-Yeo also lives in the same apartment complex.

Another 10 days later, the murderer has yet to be caught and he has killed again. Meanwhile, several people in the apartment complex begin to suspect one of their own residents, Seung-Hyuk (Kim Sung-Kyun), is the serial killer, but they keep it to themselves for various reasons. The neighborhood pizza delivery boy (Do Ji-Han), the apartment complex security guard (Cheon Ho-Jin), the man who sold the red suitcase (Lim Ha-Ryong) and Gyung-Hee are all aware of circumstantial evidence that links Seung-Hyuk to the murders. Can and will they act upon their hunches before he strikes again? 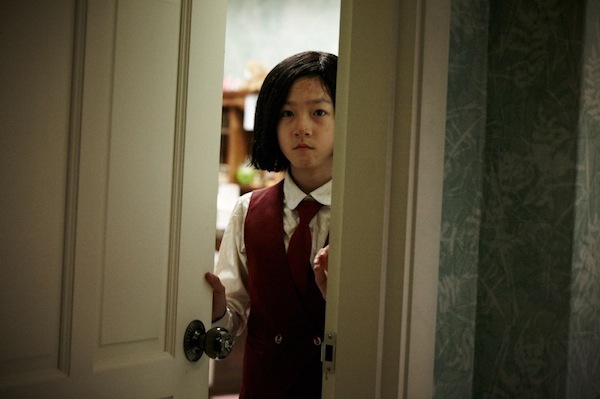 also my SAE RON is so amazing !

camry Aug 11 2015 7:40 pm Wow I'm a big fan of Kim Se Ron and I'm just surprised how come I haven't seen this movie yet.. I shall be impressed again with this tiny girl

The best personality in this story is the gangster loaner!! :)

jinalbert Feb 10 2013 7:11 pm I agree with Ki. A great Korean thriller with clever plot and interesting elements that make you think twice about each character. The only fault I have is the unraveling, which is a bit quick and too coincidental.

Ki Aug 26 2012 11:57 pm I came away really impressed with this film! I didn't have any expectations and actually expected it to suck. Mainly because there's been a lot of Korean thrillers about serial killers. Well it turns out "The Neighbors" has a really unique feel with a serial killer among the residents angle. The way all the residents are vaguely familiar with each other and may or may know the identity of the killer and even more importantly will they do anything about their hunches really works to keep viewers on the edge of their seats. Check this one out!