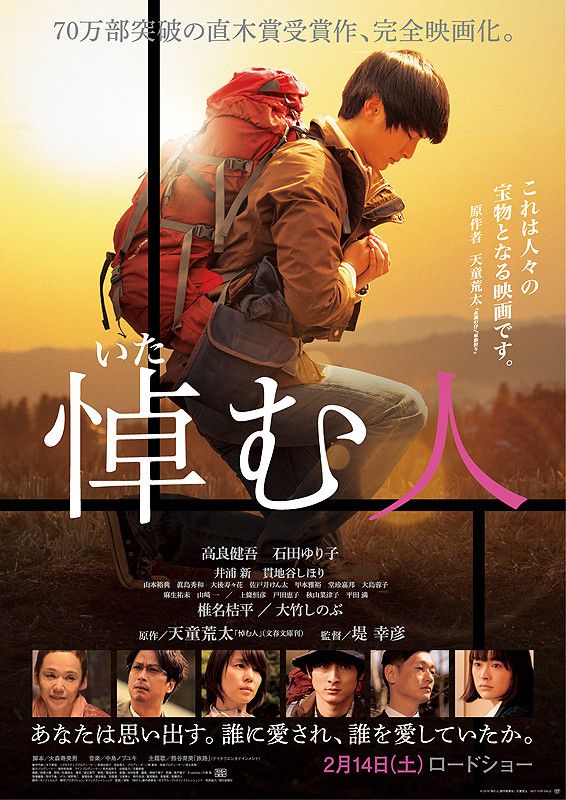 Shizuto Sakatsuki (Kengo Kora) is a mourner. He goes to scenes of accidents and mourns for the victims. Yukiyo Nagi (Yuriko Ishida), who killed her husband and served prison time, goes to the scene of the murder and meets Shizuto. She follows him from that time.

Other people that exists in their lives are Shizuto’s mother Junko who is terminally ill with cancer and waits for Shizuto’s return, his younger sister Mishio who is pregnant by her now ex-boyfriend and a magazine reporter who chases after Shizuto. The movie examines life and death, love and hate and sin and forgiveness through these characters.