The Men of the Wada Family 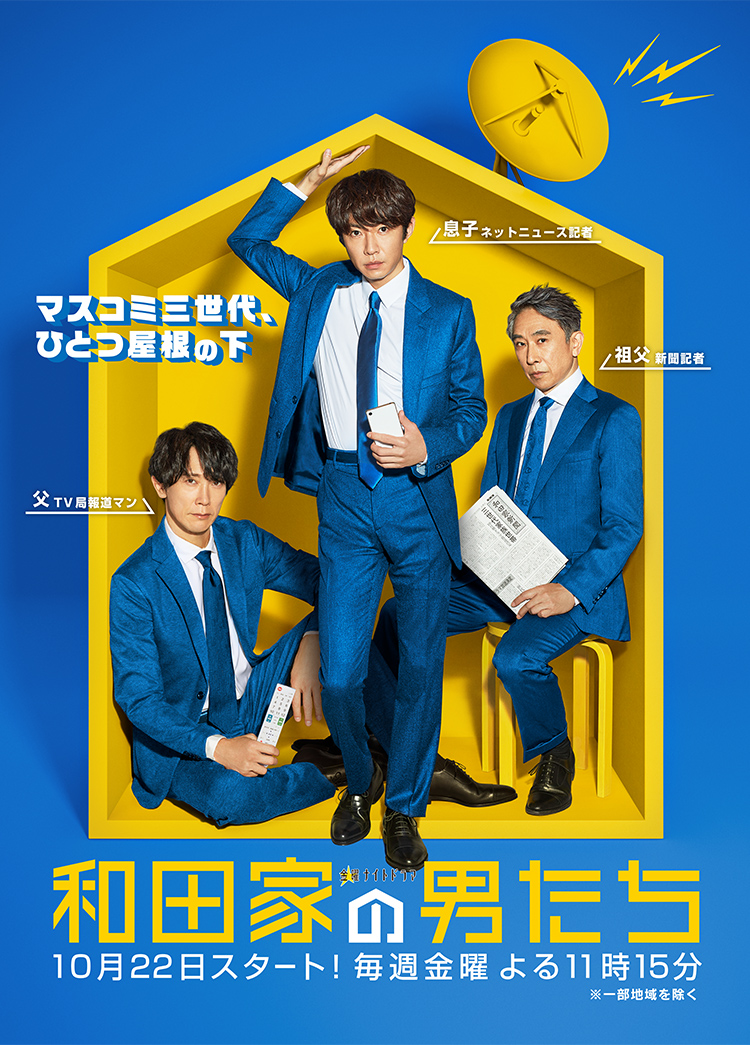 Yuu Wada (Masaki Aiba) is 37-years-old. He has worked for a company the past 15 years, but the COVID-19 outbreak caused the company to go bankrupt. He now makes a living as a deliveryman. One day, while he is doing his job, he meets his grandfather Kan Wada (Yasunori Danta) and stepfather Shuhei Wada (Kuranosuke Sasaki) for the first time in many years.

When Yuu was 10-years-old, his mother married Shuhei Wada, but his mother later died. After the death of his mother, Yuu continued to live with his stepfather Shuhei Wada. He eventually moved out after he graduated from a university and got a job. Since Yuu Wada moved out, his relationship with Shuhei Wada has become estranged.