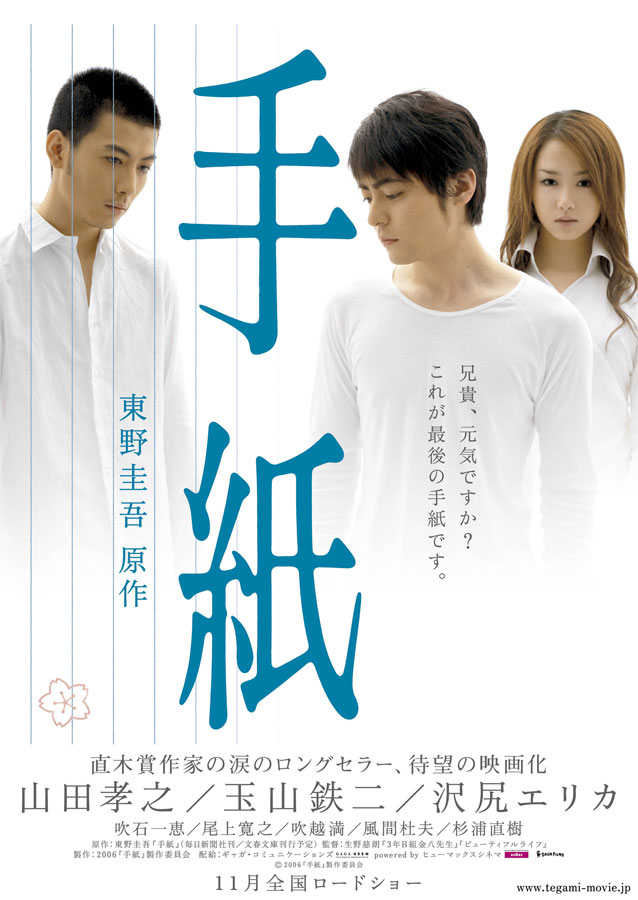 How have you been? Takeshi's letter is delivered one each month to his younger brother, Naoki. Takeshi is serving a life term in prison for the crime that he had committed to save his brother. But the crime's aftereffect extends to Naoki, and, branded as a "murderer's brother," Naoki is deprived of his love, career and dream. His desperate situation gradually changes when he finds true love with Yumiko, who always stands by him. To protect the love that he has finally found, Naoki begins writing a letter to Takeshi... The touching story of a man who was powerless against his irreversible fate, but still tried to overcome it in the quest for his dream.

Bonnee Nov 18 2013 1:06 am I just watched this movie and thought it was wonderfully touching!