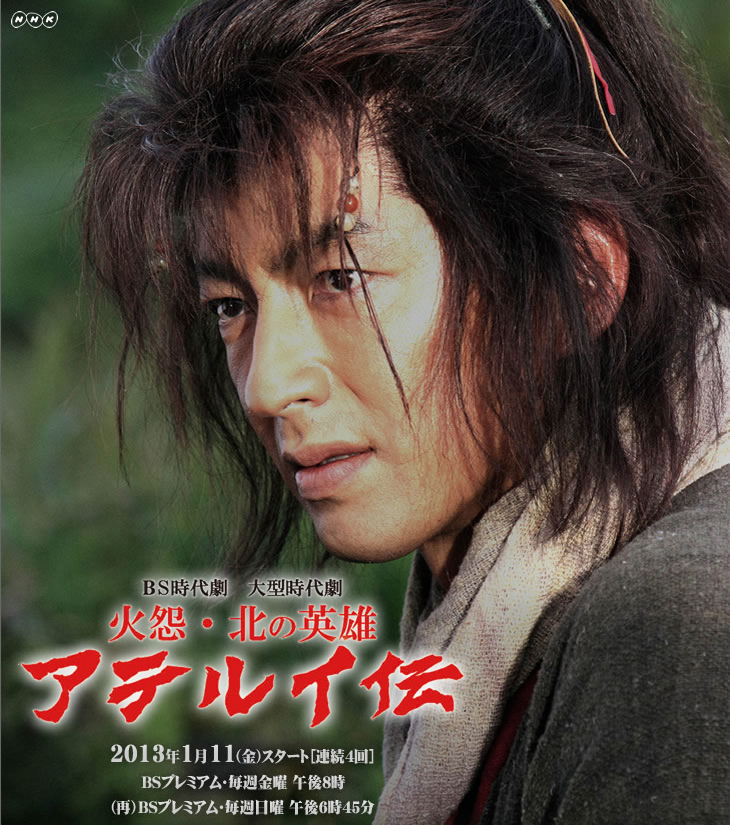 Set within the 8th-9th century, Aterui (Takao Osawa) is the leader of the Isawa Prefecture based Emishi tribe in northern Japan. In order to protect his tribe, Aterui faces off against the Yamato governement, which has a military 100x larger than the Emishi tribe.

Darkie Feb 09 2013 1:58 am I've watched Osawa play as Minakata Jin in both Jin and Jin 2. He gave off a nice-fuzzy-feeling type of a guy. Wonder how he acts in this series.

peggy Jan 30 2013 12:57 pm Admire Osawa and found out about this drama. It is quite remarkable. I do not understandJapanese language but this is a wonderful story. I saw one episode and am hoping I can find all the remaining episodes. New and interesting setting in Iwate. Quite a different feeling about this drama.