The Lament of Lamb 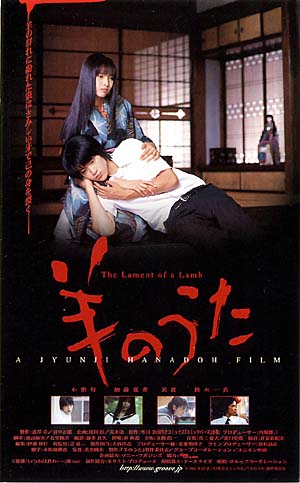 Ever since his mother died, Kazuna Takashiro has been living under the roof of Mr. And Mrs. Eda, who are his father's friends. One day, he passes out while working as a model in an art class. Repeated nightmarish imageries invade his mind, and without even knowing, he heads toward his old home.

Once he gets there, he is reunited with his older sister, Chizuna, who tells him about the secret of the grave "illness" that runs in their family. An illness that make them overcome with a desire for blood of others.

When Kazuna's symptoms are all apparent with shivering fit and all, Chizuna tries to give him her own blood, and remarks that nothing can be done about it...