The King of Pigs

(Redirected from The King of the Pigs) 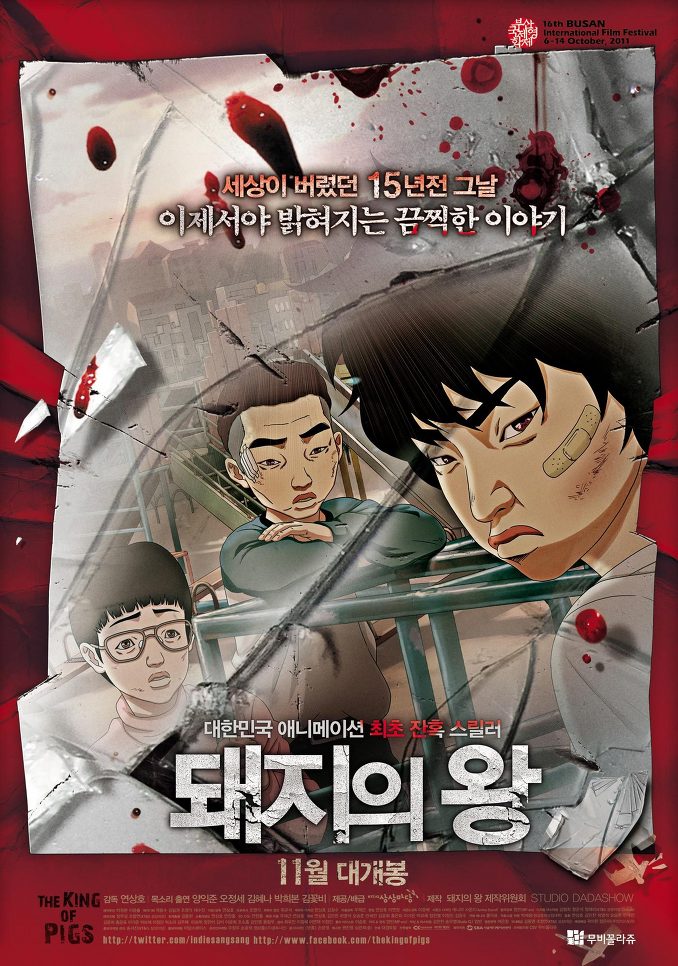 After his business goes bankrupt, 30 something Kyung-Min (Oh Jung-Se) kills his wife impulsively. Hiding his anger, he seeks out his former middle school classmate Jong-Suk (Yang Ik-June). Jong-Suk now works as a ghostwriter for an autobiography, but he dreams of writing his own novel. For the first time in 15 years they meet. Kyung-Min and Jong-Suk both hide their own current situations and begin to talk about their middle school days.

Now, leading Jong-Suk to their middle school grounds, Kyung-Min discloses the shocking truth to Jong-Suk of what happened 15 years ago. 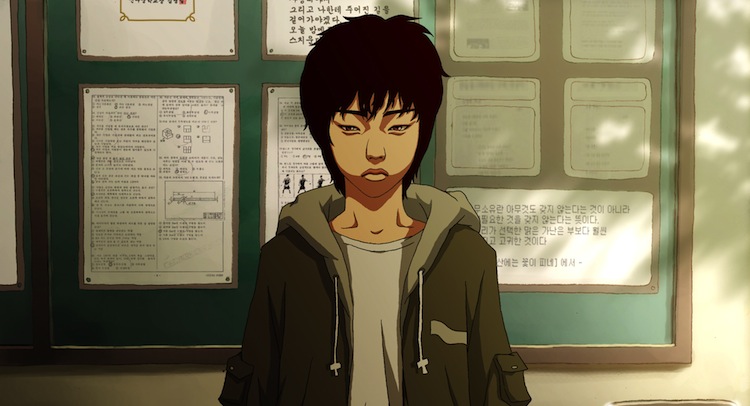 Q&A for "The King of Pigs" took place after a screening of the movie at the 2011 Busan International Film Festival on October 14, 2011. Appearing as speakers are actor Yang Ik-June, actress Kim Kkobbi and director Yeon Sang-Ho. AsianWiki editor Ki Mun was there and transcribed/translated the session.