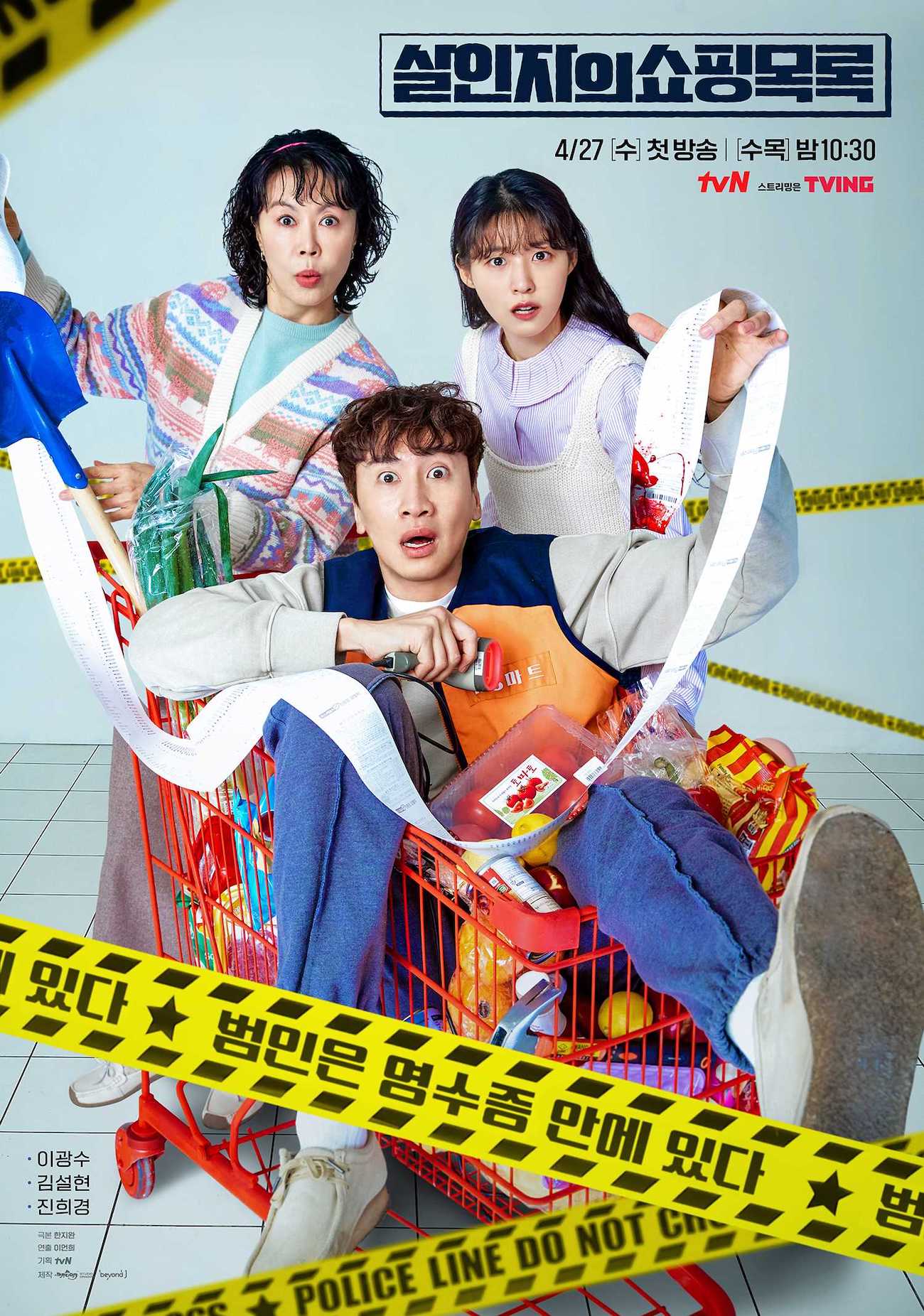 Dae-Sung (Lee Kwang-Soo) has excellent memory. He is also a timid person. Even though he failed his exam to become a 9th grade public official for 3 years, he is still studying to pass that exam. He works part-time at MS Mart in the outskirts of Seoul, which his mother Myung-Sook (Jin Hee-Kyung) owns. His girlfriend is A-Hee (Seol Hyun) and she works as a police officer. Both his mother and girlfriend are supportive of him.

One day, a mysterious murder case takes place near an apartment building. MS Mart is located close to the murder scene. A-Hee investigates the murder case by herself. Soon, Dae-Sung and Myung-Sook joins her investigation. The only clue of the murder case is a receipt that was issued from MS Mart.

LMAO May 22 2022 8:25 am What last few episodes are terrible... no wonder it's getting cancelled. Anyone who says it's good are clearly just watching for whoever they stan and not because of the show.

Episode 7 is pretty dumb. First 2 guys fought in the store with carrots....Then 2 elderly play catching? LOL....The last 15 mins is stupid. The lead just stand there while the policeman was stab? Brainless

I wonder why Dae Sung's dad never showed up to help them in critical situations, even the employees were there..

anggia May 20 2022 2:50 am it's awesome series. will re watch it again. but i gonna need answer why 2 girls died, the murders not psycho enough since he not narcissistic to tell whole stories. lol.

Cuds est moi May 20 2022 2:37 am I was excited once, But the last few episodes were unsatisfied, everybody try plying smart, but they don't

minmin May 20 2022 1:54 am thankyou for bringing up transgender issue positively☺️

Savitar May 19 2022 11:23 pm Too bad this series has only 8 episodes. Lee Kwang-Soo and Seol Hyun are a fantastic couple. I wish there would be a second season in this series.

Kimchi May 13 2022 12:30 pm Agreed with @leekwangsoolonglegs i found it a bit fishy that sungwoos name is included in the opening credit alongside the three mains

leekwangsoolonglegs May 13 2022 12:18 pm I know the story is trying to corner us to be suspicious toward Yul’s dad as the main culprit but i think he’s just an accomplice (or maybe a victim too) something like he accidentally got to witness that thing happened to his wife and Yul so he just did whatever the main culprit said to stay alive. Officer Kim is fishy…Daesung’s dad too… there’s a reason of why his name is in the opening credit

I think I will drop this drama after watching ep3. Reason is because it was revealed that Dae Sung and his mother dumped Nunchuck Grandpa's body (he's still alive) in the dumpster back then. Rather than called the police or ambulance they decided to dump him in the dumpster?!!! Really??!! Also the policeman Kim Doo Hyun saw Nunchuck Grandpa still alive but decided to ignore it.

Winner so far May 08 2022 6:15 am This is a good one. I’m 2 episodes in. It has the comedy/drama/pace/characters well set up. A lovely “feel” to the world it’s created iykwim. The director knows how to build suspense (the audience knows a threat is coming while he characters don’t and are going about their normal daily business shown in lightweight comedic fashion with funny jingles and stickers on bags etc). Great cast of characters. Agatha Christie couldn’t have started a novel better than the scriptwriter did here. I’ve no idea who the killer is.

Helen May 06 2022 7:07 am Wow, I started this drama not having any expectations. 4 episoded in and I can already tell it's definetly going to be in my top 10-20 list. Perfect balance between suspense and comedy while also touching on serious & important topics such as transgenderism. The actors are doing an amazing job as well. Underrated drama!

Rut119 May 01 2022 10:18 am the director and the writer have done a very good job. the early of the of story set on 80's and constantly keep that vibe until current scenes. The neighborhood mart that gather all funny, suspense things community. if feel like i'm watching family + romcom + suspense drama in 80's, the story go on fairly fast and the casts are great, i like them all. this is one of the good exaple of korean drama evolution.

Niun negaaket Apr 29 2022 3:13 pm Actually not bad the drama! After second episode , I seems to like it and will continue to watch to support kwang soo for his first lead drama. Go go kwang soo

AegonV Apr 29 2022 4:13 am i guess the better writers are busy with My Liberation Notes, or Kwangsoo is meddling with the script

nobi Apr 28 2022 6:43 pm I watched the first episode on Viu and let me tell you how funny and relatable it was! It's easy on the sad parts but you can feel the tears building up. I can see why Kwang Soo accepted this and Seol Hyun has a funny bone too. The chemistry is amazing. The family dynamics is hilarious and even the market employees lmao. I love it.

wntrina Feb 25 2022 3:46 am aaaaaaaaaaaa my girl seolhyun is back on screen! miss her so much omg it's been 2 years since her last drama awaken she always delivered the best, I was mesmerised by her acting in my country the new age, hoping this drama could stay afloat without messing up the plot too much. let's go seolhyun!!!

Chelsea no 1 Nov 25 2021 7:58 pm Come on Kwang Soo... One of underrated actor should've been recognised by netizen instead what KS he done in RM