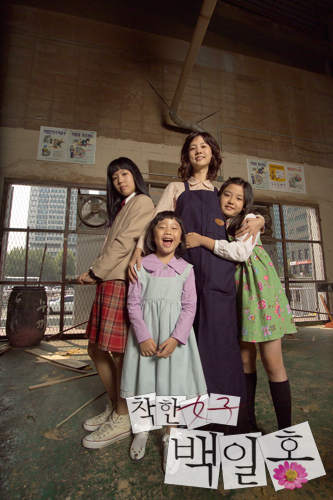 Korean society is increasingly becoming matrilineal, with more women holding a high social status, record-low birthrates and a shift of the leadership role in family from husband to wife and from the paternal side to the maternal one. This drama introduces a new family type that centers on women. Its main character -- a widow -- wins the battle against social prejudice. People blame her strong personality for her husband’s death but she proves to them that women who go through the pain of losing their husbands gain a more profound understanding of life and can better understand the pain of others. The drama shows that women who go through an ordeal have the ability to embrace other people in pain even in the face of prejudice and forgive those who hurt them.

SalmiDollah Dec 11 2012 7:58 am Both Park So-Hyun and Lee Si-Hwan made the storyline so beautiful because the way they expressed their happiness or sadnees, very real. Though i watched without eng sub, i still able to understand korea because of both. I'm still watching the series, repeats, from You Tube and online.

Faridah Mansor Oct 14 2011 12:36 am I love it very much. Almost everyday i woke up at 5 am, and make sure I've done all my housework, cooking, assisting my precious husband and children and then ready with my cup of nescafe and seat right infront of my tv and watch the innocent women. And make sure no disturbance. Cant wait for the last episode. ***** star to the writer Ko Bong Hwang. It really touched my heart. Good Job to all the actor and actresses. Love from Singapore.

Ruth Pierce Jun 11 2008 5:53 pm i found this show by accident one night, and now am hooked! it is great, i look forward to watching every night.