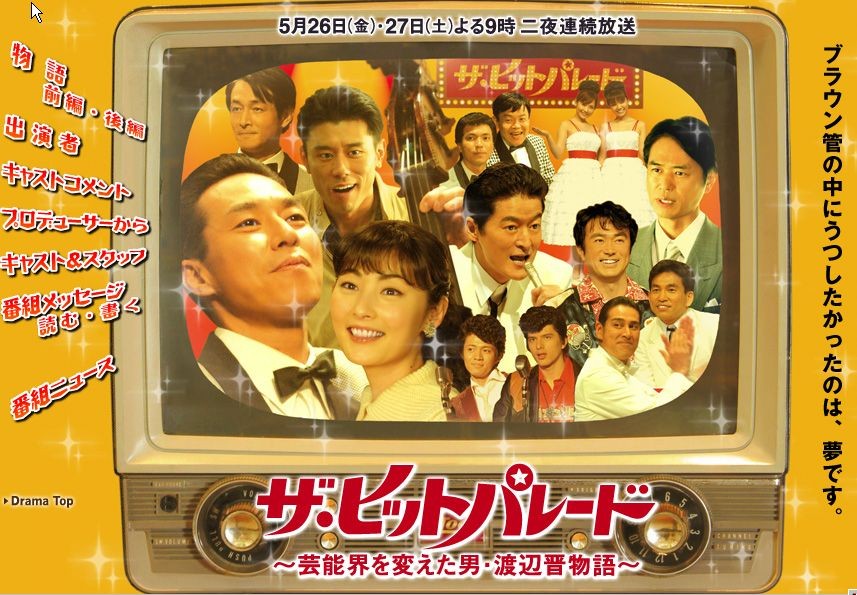 The model for the modern Japanese talent agency or "production company," which dominates all aspects of show business in Japan, was created by the late Shin Watanabe and his wife, Misa, in 1955.

In 1948, Watanabe (Toshiro Yanagiba) was attending university and dreaming of becoming a musician. He and his friend Takashi Shimizu (Eisaku Yoshida) formed a jazz sextet and hired Misa (Takako Tokiwa), the daughter of a powerful talent agent, as their manager. However, after the Korean War, the popularity of jazz was eclipsed by rockabilly, and Shin and Misa decided to go with the flow, not as performers but as promoters.

The couple ended up representing some of the biggest music stars of the 1960s. However, it wasn't until Watanabe made a deal with Fuji TV to produce a weekly music show called "The Hit Parade" that his fortunes skyrocketed. -- Japan Times