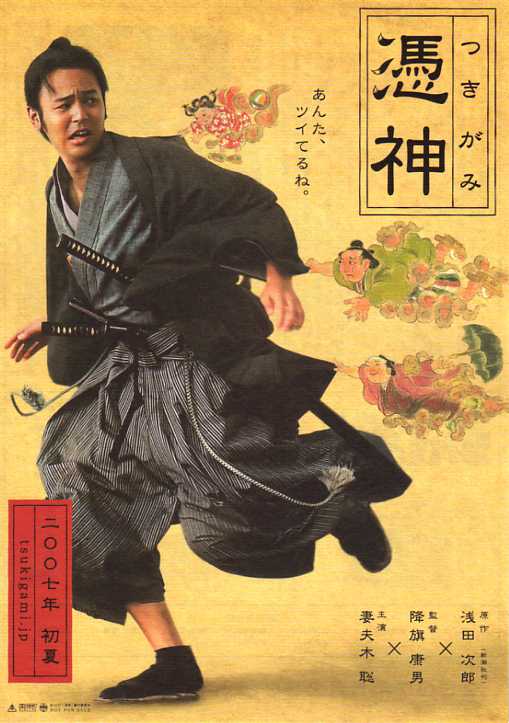 Low-ranking samurai Hikoshiro Bessho (Tsumabuki Satoshi) is hardworking, educated, and skilled in swordfighting, but as a second son, he gets nothing. He marries into another samurai family, but jealous relatives conspire to have him kicked out of the household. With nowhere to turn, he can only board with his less-than-pleased brother and sister-in-law. Already down in the pits, Hikoshiro encounters a former classmate who has since risen in the ranks, having found success after praying at a certain shrine. A drunken Hikoshiro decides to try his luck at a run-down shrine, and ends up attracting the attention of the Gods of Poverty (Nishida Toshiyuki), Pestilence (Akai Hidekazu), and Death (Morisako Ei).

THE HAUNTED SAMURAI deconstructs the samurai genre and image with a comedic bent, both satirical and silly. Taking a humorously tragic look at the caste system, the film revolves around a samurai who works hard to get ahead, but keeps hitting a wall because of his caste status, not to mention some unfortunate divine intervention.