The God of Risk 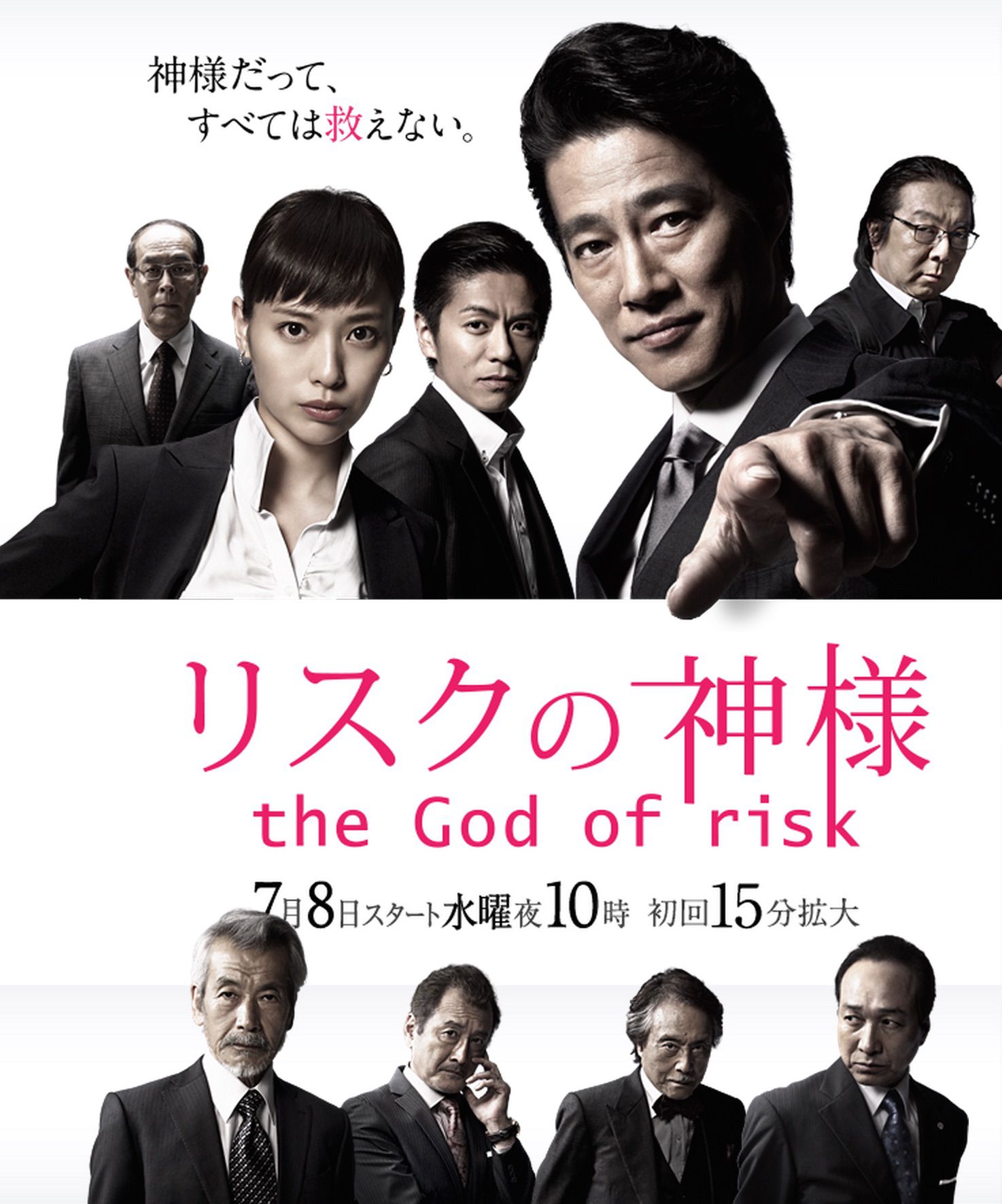 Meanwhile, Kaori Kagari (Erika Toda) is a businesswoman. She graduated from Tokyo University and works for Sunrise. She has worked for the company for 10 years and speaks several foreign languages. She isn't afraid of causing troubles for her boss or colleagues. Sunrise and a large electrical manufacturer set up a new company to develop a next generation battery. Kaori Kagari is selected as an executive of productive development at the new company. She experience success initially, but soon faces a crisis. A recall is enacted due to a faulty ignition system. Kaori Kagari and Satoshi Saigyouji must now work together.