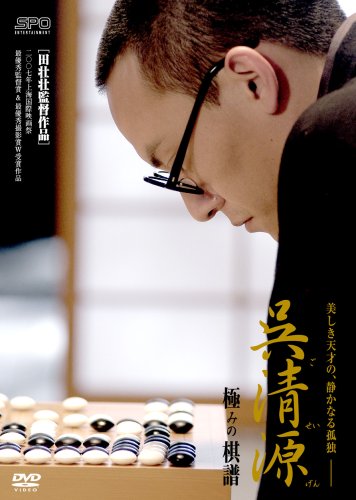 THE GO MASTER, the long-anticipated new film by acclaimed 5th Generation Chinese director Tian Zhuangzhuang (HORSE THIEF, THE BLUE KITE, SPRINGTIME IN A SMALL TOWN), is based on the true-to-life story of the world's most renowned master of the ancient game of Go, Wu Qingyuan. Go, a table game requiring intense stamina, energy, emotions, strategy and intellect from its players, was developed in ancient China but found a new home in post-Meiji Japan, where its adherents treated its rules and regulations in a fashion far stricter and more disciplined than that of its Chinese roots.

Wu, a native of China, emerged as a prodigy who, at a young age, moved to Japan and rose to prominence as the top Go player in the world. In Japan, Wu overturned the established traditions and strategies of this ancient game, earning multitudes of fans and enemies along the way. Set against the backdrop of the tumultuous Sino-Japanese history of the 20th century, he remained in Japan in spite of the politics and continued his passion for the game. Wu never returned to live in China again, making him a controversial figure in both countries. Now well into his 90s, he continues to reside in Japan playing Go, writing strategy books and living the life of THE GO MASTER. -- Fortissimo

chung Mar 20 2015 3:30 pm Fell asleep somewhere between 1 and 2 million times when I first attempted to watch this movie. Now I put it on when ever I have trouble falling asleep and it works better and faster than any sleeping pill I have ever tried (plus it's cheaper and healthier than pharmaceuticals). I've told other people about this and I know that they've kept on spreading the word as well, so it really wouldn't surprise me if this movie has improved the sleep of tens of thousands of people by now. That's the reason I'm truly grateful to the creators of this movie.