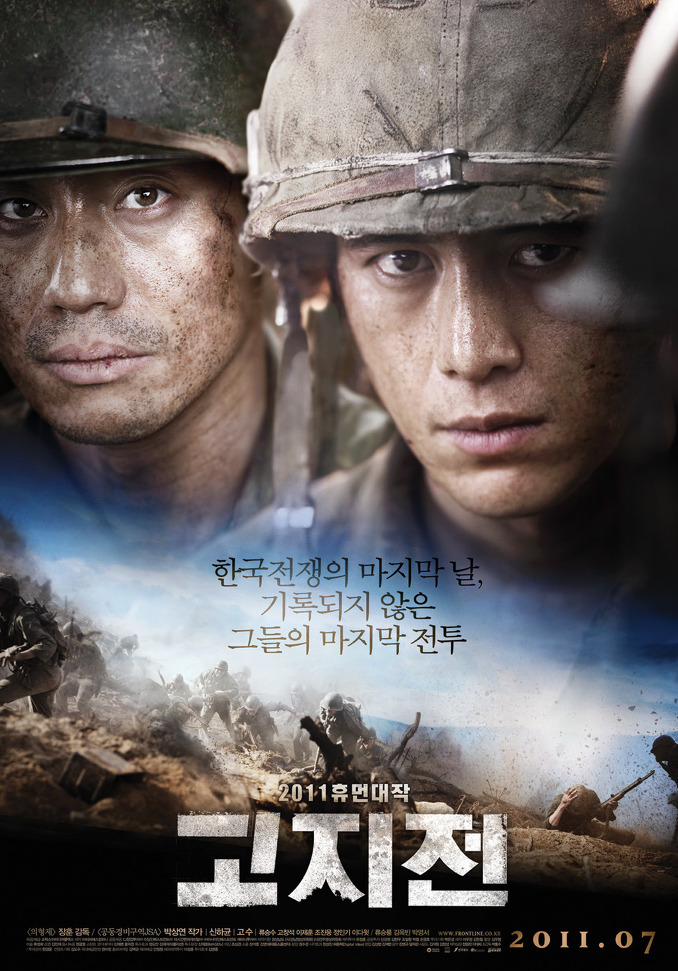 Towards the end of the Korean War an uneasy ceasefire is ordered, but out on the Eastern front line of the Aerok Hills fierce fighting continues. A race to capture a strategic point to determine a new border between the two Koreas is the ultimate prize.

A bullet is then found in the body of dead company commander of the South Korean army. The bullet that killed the company commander belongs to the South Korean army. Lieutenant of the Defense Security Command Kang Eun-Pyo (Shin Ha-Kyun) is ordered to go out into the Eastern front line and investigate the murder. When Kang Eun-Pyo arrives in the Aerok Hills he is surprised to find his old friend Kim Soo-Hyuk (Ko Soo) commanding troops in the Aerok Hills. Kang Eun-Pyo believed Kim Soo-Hyuk was dead.

In their younger years, Kim Soo-Hyuk was a meek student, but he eventually became the leader of Aerok company as a lieutenant. The situation in the Aerok company raises many flags in the eyes of Kang Eun-Pyo. Soldiers wear North Korean uniforms inside due to the cold weather, a 20-year-old leads troops as a captain and the reappearance of his old friend Kim Soo-Hyuk. The countdown to the ceasefire begins as the lives of countless soldiers fall to the wayside ... 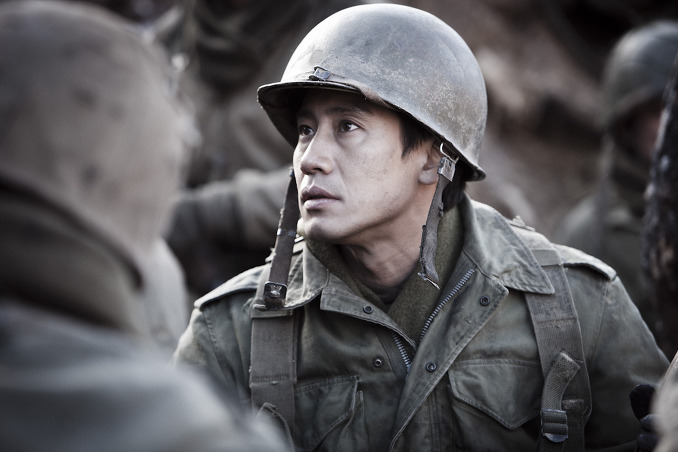 As i always say, when it's Lee Je hoon, it's worth to watch!

Story and cinematography... Superb! Just a bit sad since only one have succeed to stay alive of tne main characters.

Then i am watching later Bleak Light which is also lee je hoon movie and released on the same year!

bibi Aug 22 2021 1:49 am Great movie!! This is such an eye-opening war movie. 'War itself is the evil' said the director in qna session, and he brought us to see one of the reason behind those words. The upperhand keep giving orders, them who fight in the frontline did everything. They don't even know what are they fighting for anymore, it's heartbreaking.

nisaanc Feb 04 2020 9:39 am I already watch this movie. Amazing movie and i can feel the emotion of the soldiers when they were in the war. They kill people or they will be killed.

Amberle Jan 21 2018 6:19 am This movie is awesome. The depictions of the characters in all their fears and flaws really moved me. These are not brave soldiers out for glory, they are brave because they want to stay alive, to go home. The war affects both side.

It is really sad to watch scenes of both parties, playing pranks on each other, asked for favours after battles, and then next day in another battle, killed each other.

That last battle scene when the North army sang that song about wanting to go home, of which the lyrics were given to them by that young South soldier was really haunting. When both side cried because they know they are not likely to go home, I cried with them.

This movie is awesome for showing the humanity that they fought so hard to maintain.

Syntia Nov 11 2016 4:59 am Just finished watching the movie. This is definitely one of the best korean war movies. great storyline! Thanks for making this movie.

Aj Oct 12 2014 8:13 am Simply brilliant and deeply moving. The film won many top awards and should have won the Academy Award for best foreign film. The Koreans are the best in world cinema today, and they will capture the AA when Hollywood finally catches up with the audiences who already know how good they are.

ceylan koksal Feb 07 2014 12:20 am Thanks for the fantastic film. You people now how to make movies. From Belgium, Antwerpen. An Turkish man

Nicole Apr 13 2013 8:02 pm This movie made me cry. not the like, "oh-im-going-to-cry" crying but like, ohmygodsendhelpim sobbing" crying. It was intense and the director did an amazing job portraying the characters. I love how he depicted war as the enemy, not north or south Koreans. He simply just shows that war itself is bad. Also, how he gets you to really like the characters and how they were so well developed- It added to the emotion during the movie. I was beyond impressed with this and I will be watching more movies from this director and from the other actors because that's how much I loved this movie.

Pelle Jan 09 2013 9:51 am I saw the movie (i'm 13) and it made me almost cry. It let me realize even more that soldiers are the bravest men in the world. I want a link to the song that North and South Korea singed just before the final battle. This makes me braver and gives me the strenght to make it trough live. War is pointless, and it only ends when both sides realize that its useless and only people die and have it hard to survive because of it

Richard Brazeau Jun 24 2012 6:50 am I'm canadian I lost my father this year he was 85. My father spend 15 month in Korea as a foot slodier. He never talked about the war,Well in is dream he was fitghting every night,I could not sleep with him wen I was young to dangerous,He was a happy Man ( to be Alive ) He just talk about how the Korean people were so brave and so strong. I saw all the war movie ,but Frontline is the best War Movie ever.The Brother hood of war was good. but Frontline is so strait to the Heart. The Persons that are negotiating the reunification of Koryo should wtach that movie. There should be only one Korea. Sabum Brazeau

Ki Jul 28 2011 2:51 am Enjoyed THE FRONT LINE - movie gives an up & close portrayal of the horrors experienced by grunt soldiers during the Korean War. Ko Soo gave a strong charismatic performance & Kim Ok-Bin is already my pick for best supporting actress in 2011. Storyline attempts to dig deeper than just the depiction of war scenes. I think in this regard it was successful. I understand Park Sang-Yeon wrote the screenplay & he also wrote the original novel which Park Chan-Wook's JSA is based on. A little similarities exist with soldiers from both sides in THE FRONT LINE leaving packages for each side whenever the all important AERO-K spot on a mountain was taken over by the other side. Movie also sends out a clear message about the senseless killing of Koreans by Koreans and how both sides are both ultimately both part of the human race (nod again to JSA). Small complaints goes to a few too many extended sappy death scenes & the deranged character played by Jeong In-Gi I thought should have been edited out of the film entirely. With that said, the movie will appeal to large audience. Even though Kim OK-Bin had very little actual screen time in the movie she really stole the film in my eyes. When its all said and done, the impressive battle scenes to take Aero-K will stay in your memory long after end credits finish. Worth checking out.