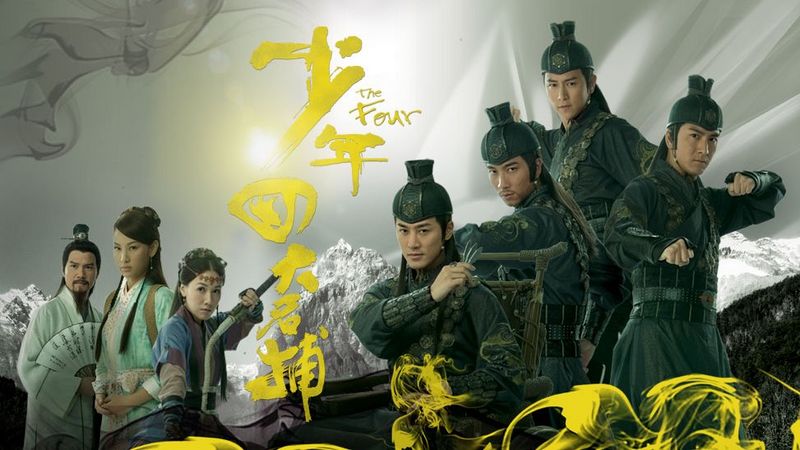 Hardhearted and smart Mo Ching (Raymond Lam) became a crippled when he was young. Fortunately Ching has met Chu Kot Ching Ngo (Dominic Lam), the Head of the Sheriff Bureau, and has learnt from him his unparalleled skills of using concealed weapons. Chu has once helped the Sung Emperor recover an invaluable piece of article that the empire has long lost. To reward Chu, the Emperor reopened the Sheriff Bureau. In addition to Ching, Chu has recruited Zeoi Ming (Sammul Chan), a cunning swindler, Tit Sau (Kenneth Ma), an honest guy and the cold-blooded Lang Huyt(Ron Ng), and called them The Four. The Sheriff Bureau has cracked many difficult cases under the leadership of Chu. After having gone through thick and thin with the others, Ching has become a lot less arrogant. He has fallen in love with Song Chi Yin (Kate Tsui), a herb doctor, but she is only using him to sow dissension amongst The Four, furthermore deepens the hatred between him and Sau. The King of Qi Chiu Cheong (Savio Tsang) and the treacherous minister Choi King(Lau Kong) are plotting to revolt against the Sung Dynasty. Chu risks his life to ruin their plan but by doing this, he is also driving the bond between him and The Four to the verge of disintegration.