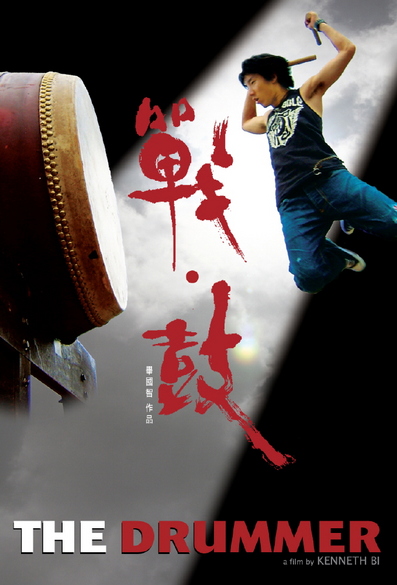 Cocky Sid insults Ma in front of the latter's men, leading Ma to demand both of Sid's hands on a platter from Sid's father, Kwan (Tony Leung Ka-fai), who runs a rival gang but owes Ma a favor. Kwan tracks down Sid and dispatches him for safety to Taiwan, in the company of deputy gang leader Chiu (Roy Cheung).

Third reel finds bored Sid and ever-watchful Chiu in a Taiwanese village, above which Sid one day finds a reclusive community of Zen drummers who also practice tai chi and martial arts. Mesmerized by their open-air exercises, Sid asks to join -- and is tentatively accepted. He's equally mesmerized by their most junior member, Hong Dou (Lee Sinje, aka Angelica Lee, from "The Eye"), but she coquettishly snubs him.

Bi injects a fair measure of light comedy, leavening the gangster material and also making Sid a likeable ne'er-do-well. Latter's inauguration into the live-rough community is handled with charm and humor, and tight editing (with copious fadeouts) keeps things moving along. By never taking itself too seriously, pic manages to stir a spiritual element -- the mystical properties of traditional drumming -- into what is basically a genre movie.