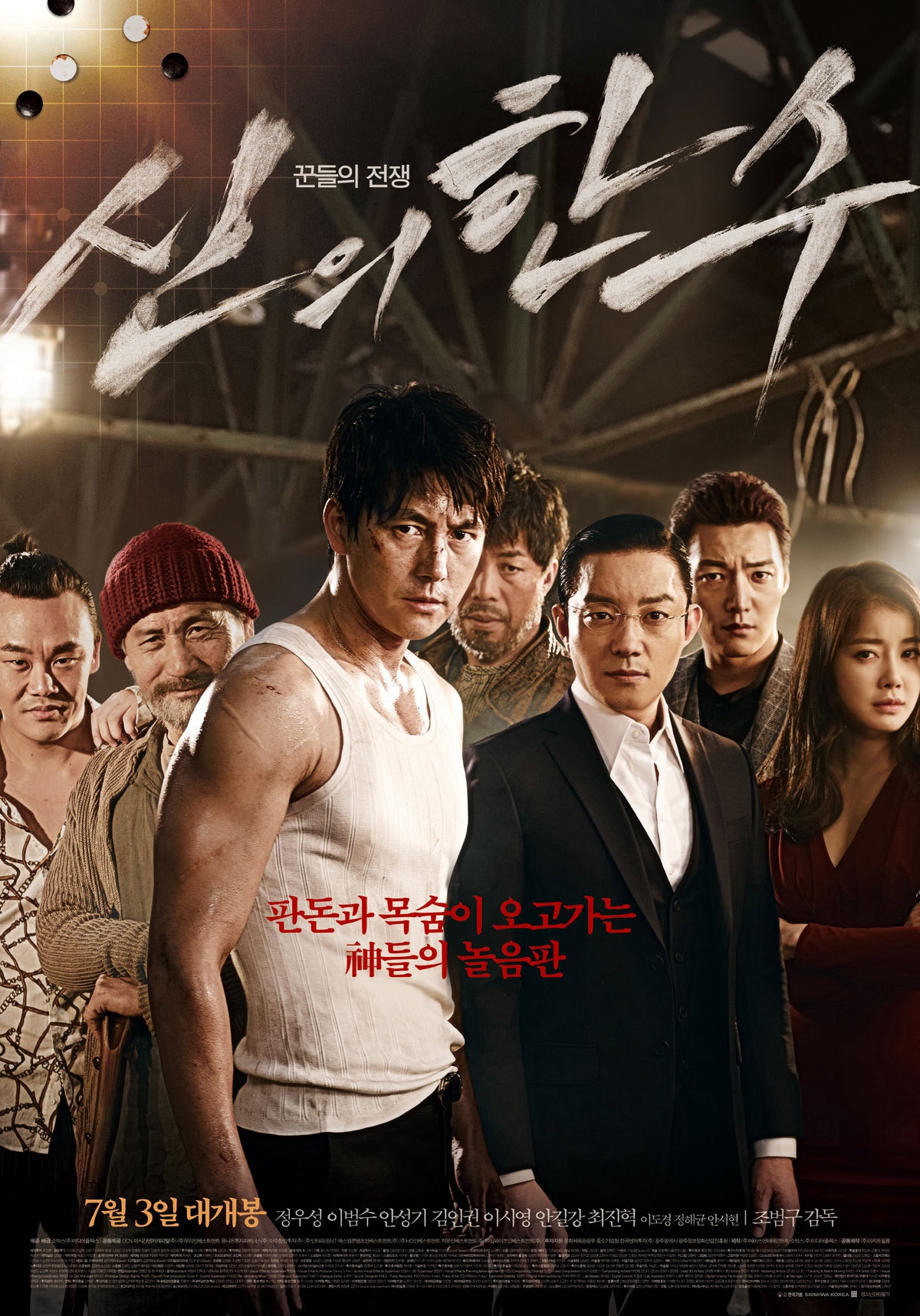 Tae-Suk (Jung Woo-Sung) and two associates run a scam during a high stakes game of go. The game goes horribly wrong, with the outcome resulting in the murder of Tae-Suk's brother. Meanwhile, Tae-Suk is framed for his brother's death and is sentenced to prison for 7 years.

Tae-Suk then schemes to inflict maximum pain upon the criminals that killed his brother. Tae-Suk must first master the game of go and also learn to kill with his fists. 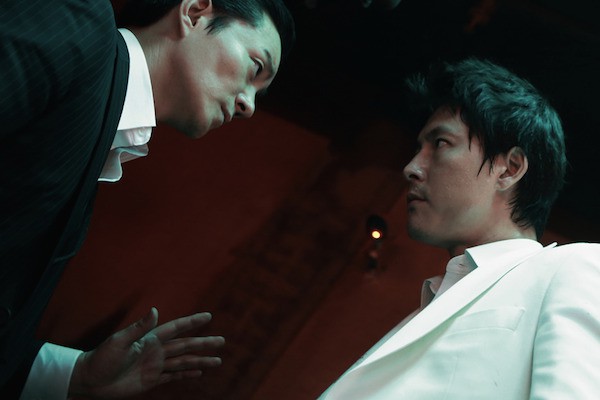 Migthy Thor May 04 2016 1:45 am I super highly recommend this movie to all those who wants first class action film. Brilliant story, great production, fabulous CAST!

Kevin Nov 16 2015 1:02 am Just added to Netflix. A great watch, too bad they didnt expand more on the divine player himself. The whole reason they found eachother and defeated their enemies was because of that unnamed faceless player. Great imagry behind that too.

Josh Aug 30 2015 1:48 am I don't understand what happened at the end? Didnt the girl and the other characters die?

Cavenurse Dec 01 2014 3:39 pm Lee Beom-Soo was so "evil" in his role as Salsoo. Jung Woo-Sung, well, he just pure magic to watch. Wow, this movie was kind of hard to watch at times. Kudos to all the actors. Definitey a 19+ audience. Now, I plan to re-watch this movie to pick up the subtext of the movie that I missed in the first viewing. Maybe I'll be able to watch it with both eyes open this time!!!

jungle fish Nov 26 2014 2:22 pm I thought that the movie is all about fighting but it's not.. the game of go makes this movie more interesting and never make you bored.. but I'm still curious who's the man in the prison who has 'divine move' itself.. the scene where jung woo sung and jin hyuk in the cold room was so cool.. and still amazed looking lee bum soo as villain, such a cold blooded killer

Genesis Sep 23 2014 8:34 am There isn't a theater where I reside that released this....so I will be seriously looking for this one on DVD....I hope it has an availability for America when the time comes.

The entire cast has amassed some awesome projects/movie and television credits....so, this is a must see.

Shanee Jul 26 2014 11:05 pm This movie was the BEST THING I HAVE EVER SEEN!!! I totally recommend this to everyone!!! Such the best movie I have ever seen in my life!!! I can't believe HE IS SO HOT!!! His abs are just so sexy and so is jin-hyuk's too!!! Both guys are beautiful and I have never seen such a handsome killer as Jin-Hyuk and such a good fighter even against people with knives such as Woo- Sung!! WHY IS HE JUST SO SEXY!!!!!!???? God damit!!! I love korean action movies to god damn much!!! I LOVE YOU!!!