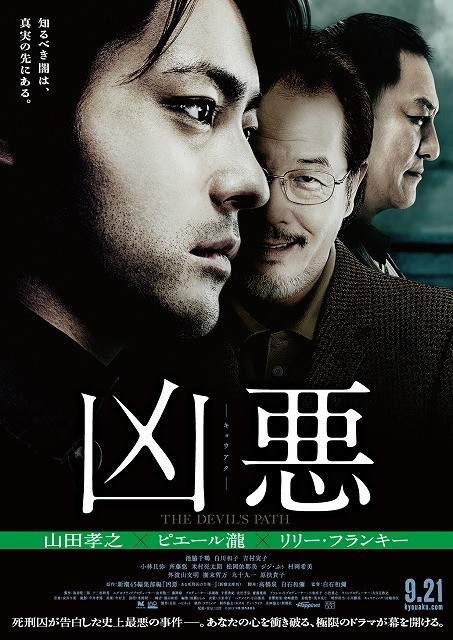 Death-row inmate Sudo (Pierre Taki) sends a letter to magazine reporter Fujii (Takayuki Yamada). In his letter, he states that a man named Kimura (Lily Franky), also known as "teacher," committed numerous murders for insurance money. While checking out the story, based on Sudo's tip, Fuji becomes convinced that the letter is correct. But, a lot of time has passed from the incidents and Sudo's testimony isn't clear. Due to the persistance of Sudo, who is a former yakuza, and Fuji, the police begin to move. 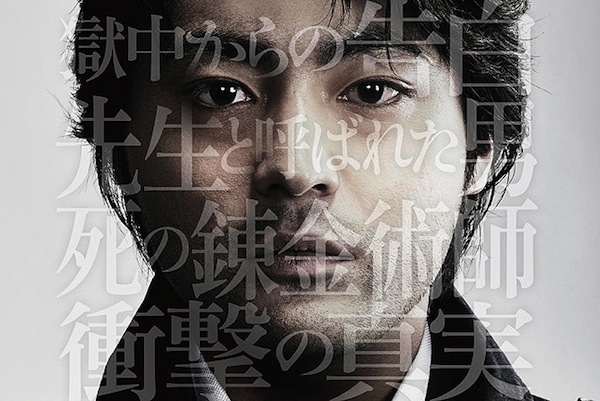 InumePass Nov 22 2013 5:46 pm I saw this at the Japanese Film Festival in Sydney in November 2013. It is my least favourite film from the Festival but it's left a surprisingly deep impact. The film seems almost 1 hour too long because, as with most Yakuza films, it draws out the violence to the point where the audience wants to throw up. However, the relationship between Sudo and Fuji makes it intriguing enough to endure till the end. The film could have developed the Fuji character more, particularly deeper into his motivation to pursue the case to the bitter end. Despite the violence, the acting is outstanding. There are also some clever lines exchanged in the last few scenes, which nail the irony so subtly. Subtle is also the commentary on the status and question of dignity of Japan's elderly. What would motivate me to watch this film a 2nd time is Chizuru Ikewaki's performance as Fuji's wife, which is so moving despite its being too brief.

Hiroko Oct 16 2013 8:27 am My friend fell asleep while watching this movie. She's really sleepy though.