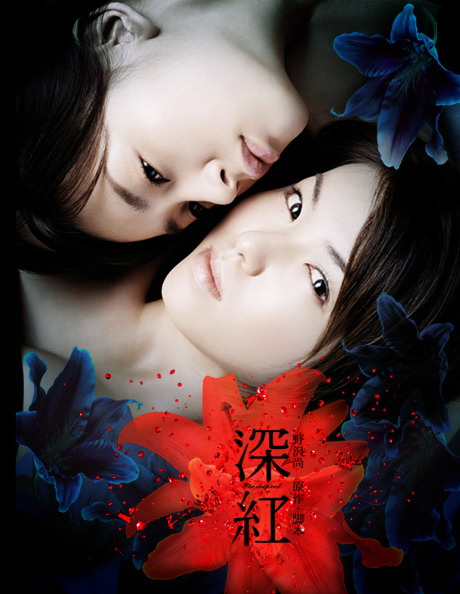 With a title that means "deep red" in Japanese, Shinku is certainly an appropriate name for the movie considering its bloody subject matter. Boasting a screenplay by the late novelist Nozawa Hisashi (who committed suicide in 2004) and based on his identically titled book, Shinku is a compelling drama that focuses on the strange relationship that develops between two people who find their lives irrevocably changed as a result of a horrible multiple homicide. The first person traumatized is the lone survivor of the terrible family bloodbath, a girl who grows up to be a pretty college student played by Uchiyama Rina (from the TV series "Musashi"). The second person affected by this heinous crime is the daughter of the murderer, a young girl who ends up becoming a tattooed bartender played by Mizukawa Asami (from Go and 69). A full decade after the crime, the killer is finally going to be executed, and the surviving member of the massacre decides to reach out and befriend the murderer's daughter. A tentative, odd sort of friendship blossoms between these two people, both of whom seem to have little in common personally, and every reason in the world for not wanting to meet. Yet they do, but not without reservations. And really, is this friendship quite what it seems? Or is it all part of some twisted plan for vengeance? As the dramatic tone of the film soon transforms from social drama into pure terror and blood-splattering horror, audiences are taken on a whirlwind ride to a dark destination they could not have expected. With a unbelievable climax, Shinku is a terrifying, atmospheric, and eerily realistic tale of psychological terror that will leave audiences breathless!