The Cycling Genius Is Coming! 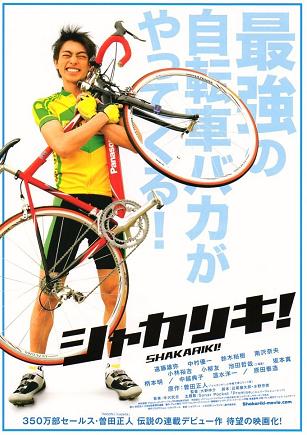 Teru (Yuya Endo) has been brought up in a hill town and spent his childhood conquering the slopes on his bicycle. Being a cycling fanatic, who resents defeat, he joins Kamegaoka High School, which used to boast a powerful cycling club. There he meets Hatomura (Yuichi Nakamura), an ace of the club who wants to turn around the club which has deteriorated to the point of dissolution, and Yuta (Hiroki Suzuki), an aloof cycling genius with unshaken confidence in his speed who does not allow others to follow him. Meeting a rival that is faster than him for the first time, Teru joins the club in order to challenge them. His only interest, however, is his own cycling speed. Joining the club teaches Teru the importance of teamwork to support the lead cyclist and to place priority on the victory of the team.