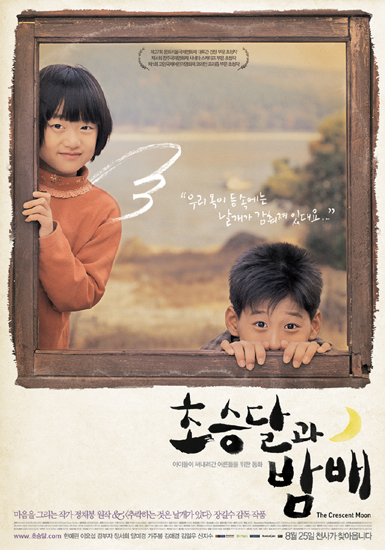 The heartbreaking story of a simple, innocent brother and sister...

Then one day, the year he turned four, Nan-na is met with a sudden addition, his sister, Oh-gi. No longer the center of attention, he is now in second place for his grandma's affections. Like a squirrel, Nan-na scurries all around the village but his grandma's frightening yells force him to take along a bundle, his sister Oh-gi wrapped in her baby quilt. Unable to play war games because of her, Nan-na starts giving Oh-gi a hard time knowing she's too young to complain. As she grows, Oh-gi develops a humpback due to malnutrition. In his childishness, Nan-na is ashamed of Oh-gi and does not let her anywhere near his school. Even though Nan-na himself makes fun of her, Oh-gi loves her brother above everyone in the world and does little things for him like pack him a lunch basket made out of wild roses.

Grandma works unyieldingly to make ends meet instead of her children who have only left her with burdens. When she hurts her back and is unable to work any more, the family moves, following Nan-na's uncle. However, the unreliable uncle loses all of grandma's money by mistake and Oh-gi is sent to grandma's sister for the time being.

Finally rid of the nuisance that was his sister, Nan-na unwittingly begins to miss her. When he hears from his uncle that his mother, whom he always longed for in his dreams, Nan-na goes to look for her. Confirming his mother's name on the license hanging on the bakery store, Nan-na visits time to time and glances at the middle-aged woman inside with tears in his eyes. Before long, Nan-na becomes quite respectable, delivering papers instead of ill grandma. Grandma recovers and opens a market stall and the family is reunited once again. Nan-na and Oh-gi jump for joy. However, Nan-na accidentally finds out that Oh-gi is his half-sister from his grandma. Feeling a sense of distance from her, Nan-na childishly starts mistreating her again. Forcibly, Nan-na takes the unwilling Oh-gi to the bakery. Pushing her inside, Nan-na runs away. But then, his uncle tells him the jolting truth that they were merely guessing about Oh-gi, that they weren't really sure.

Nan-na runs straight away to the bakery but Oh-gi has already been sent off to a city-operated juvenile shelter...