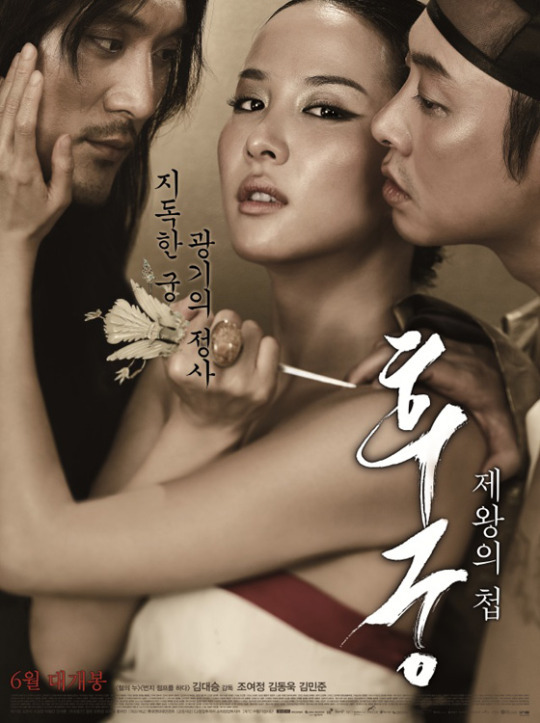 Movie depicts a tragic love triangle story between Hwa-Yeon (Cho Yeo-Jeong), her true love Kwon-Yoo (Kim Min-Jun ) and the man who will be King (Kim Dong-Wook).

Prince Sungwon (Kim Dong-Wook) sees Hwa-Yeon (Cho Yeo-Jeong), the daughter of a wealthy nobleman, for the first time and falls in love, but Hwa-Yeon loves Kwon-Yoo (Kim Min-Jun). Kwon-Yoo saved her father's life and now lives with her family.

Meanwhile, Prince Sungwon's mother (Park Ji-Young) notices her son's infatuation with Hwa-Yeon, but she doesn't think Hwa-Yeon is good enough for her son. Prince Sungson's mother then schemes to have Hwa-Yeon become the concubine to her stepson the King (Jung Chan). Hwa-Yeon and her true love Kwon-Yoo run away when they learn of this plan, but are soon captured by her father's men. In order to save Kwon-Yoo's life, Hwa-Yeon agrees to become the King's Concubine.

Hwa-Yeon gives birth to a son a little bit less than a year later. She will then become a Queen. Several years later, the King becomes sick and dies suddenly. Prince Sungwon becomes the King, but his mother now wields true power. Hwa-Yeon then learns that the King's stepmother had the King killed to put Prince Sungwon on the throne. Hwa-Yeon also realizes that to survive in the royal palace and protect her own son, she will have to change.

King Sungwon is now agonized over his desires for his deceased brother's wife Hwa-Yeon and his mother's domineering ways. One day, Hwa-Yeon sees her true love Kwon-Yoo in the palace and he has now become an Eunuch. 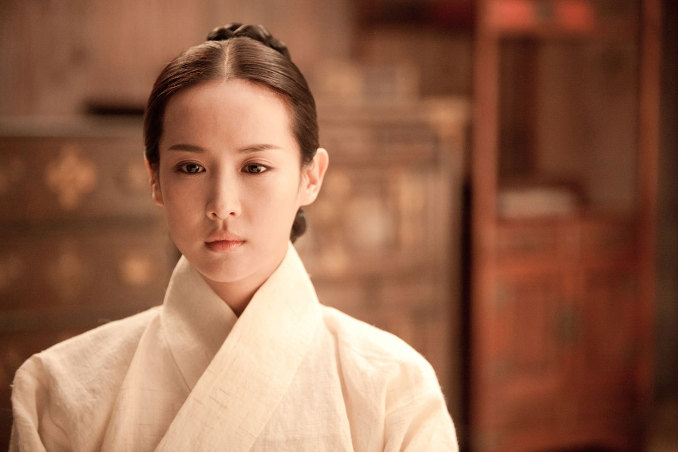 JohnnyZero Aug 20 2019 1:37 pm Saw this on Netflix, thought is was great, then tried to buy it. It is strange that in the age of streaming movies, this particular movie is not available anywhere except on Netflix (Japan). I've looked on Amazon, and Asian DVD sites, but it is not possible to buy it, I'm a little curious as to why. I did email Lotte directly, but was simply ignored. I'm guessing that my mail ended up in someone's spam folder. Would be great it Lotte make this available for purchase in the UK with English subtitles.

Quinncere Dec 27 2017 6:43 am I really liked this movie and the ending was a shocker. I wasn't expecting it. But does anyone else think that when the door shut at the end, someone was coming for her? Remember when the Queen Mother asked the Chief Eunuch to do her a last favor...I swear the look in the former Queen/New Queen Mother's eyes was terror and knowing that death was coming. Any thoughts????

808 May 19 2016 1:37 am SPOILER!! Ah! So sad. King Sungwon love her so much. He helps her and even waited for her, but in the end she betrays him. If only she could have let go of her hatred she could have happy life with the king

maya May 10 2016 3:02 am To lee wumzy, this is a very childish way to look at sex scenes. Of course sex could be implied, sometimes it's important to the portrayal of the characters and story. If it bothers you so much you are probably too young to watch it.

Lee wumzy Jul 28 2015 1:04 am I watched the movie and I loved it, but not the sex scene I like everything about Korean movies but I don't really like a Korean movie with sex scene, we don't need to see the sex before we know they had sex, all you had to do is show us the kiss scene and take it away we know after the kiss they will have sex next. Please refrain from showing us sex scene (KOREAN FIGHTING)

NINAi Jul 16 2014 6:39 pm wonderful acting and plot... this show was really a tragedy, but i stand firmly on the Queens Side... she has been through a lot and what she did in the ending was just the fruit of her pain... she wasnt able to be with her true love then married off to a king that died shortly then lusted and hunted by his Brother who took the throne upon his death.... killing the New king was not an over kill ... he sicken her.. she was never able to smile having him there, he ruined her life with his passion... her son supposing is her 1st loves kid and not the kings.... she wasnt even able to love her 1st love when he entered her life again and her kid was at risk.. as she stated before her son is no ones kid... so she had to do any means possible to protect her only hope ... her son.

PrincessNANA Mar 11 2014 4:00 am I liked this movie a lot, and I liked the ending. I mean, it was real, it showed people's true nature. And I don't think that she was just trying to keep herself and her son alive, if she didn't kill the king in the end whose to say he wouldn't have killed her after his lust for her subsided? I've got to say the only thing I didn't like was that her lover died, she should've just assured him that it was his son. Anyway I'll give this movie a 9 out of ten. Acting was good and concept.

todonadinegordimercomes Feb 27 2014 4:20 am Every weekend i used to visit this web page, for the reason that i want enjoyment, as this this web site conations really pleasant funny data too.

afsaneh Nov 11 2013 2:35 pm i am so sorry for these korean movie.the concept of this movie was good but sex scenes were bad.this made movie,noo-concept movie.these scenes will destroy our young boys and young girls minds and at last it destroys the country.i love koreans movie but not these movies

Apple Oct 28 2013 11:02 pm Its a great movie. But I don't like the ending of the story. The king helped them but still she killed His Majesty. Its just simply showing that Hwa yeon Is just like the King's mother. Over all thumbs up to all the cast.

kira Jul 13 2013 11:40 pm their acting is so solid..theyr'e all so good in here. i had a headache after watching these .maybe because they're all so mean in this movie LOL.put the RPG aside and you'll really appreciate the story in this movie..JYJ is so pretty!!

www.nikon-af-lenses.co.uk Apr 27 2013 2:23 pm I blog frequently and I genuinely thank you for your content. The article has truly peaked my interest. I'm going to take a note of your website and keep checking for new information about once per week. I subscribed to your RSS feed as well.

Ronaldo Jan 03 2013 8:13 am Even though there's a lot of body exposure as required in the story, it's considered good movie except for the end part when hwa-yeon still killed king sungwon who helped and in love with her ...it seems that she will become like the king's mother who is greedy in power.