The Blood of Rebirth 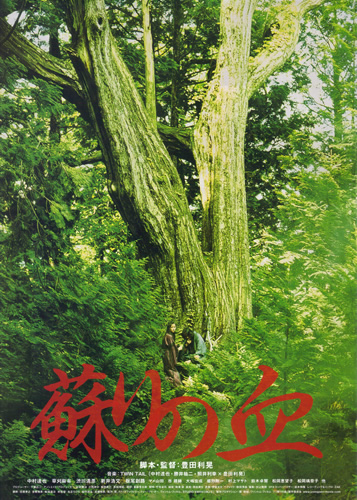 Titled "Blood of Rebirth" Toyoda's new film is based on a a medieval Japanese legend of a masseur named Oguri who frees a princess from the clutches of an evil lord. For his crime the lord poisons and kills Oguri, but the masseur is sent back from the land of the dead as a hungry ghost from Buddhist mythology. Back in the land of the living he is reunited with the freed princes, but he also must face his murderer, the evil lord, again