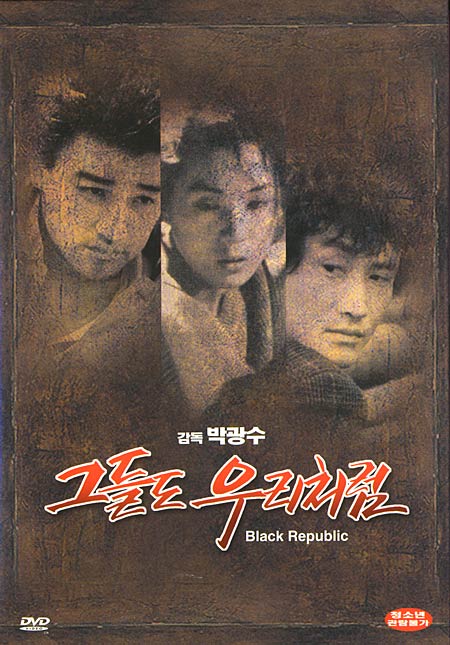 One of the most overtly political directors in Korea, Park Kwang Su made his directorial debut in 1988 with the highly acclaimed Chilsoo and Mansoo, considered by many to be the pioneering film of the Korean New Wave. In 1990, he followed with Black Republic, a modern classic that swept the Korean film festival circuit and firmly established Park as one of Korea's most foremost directors. Black Republic is set in the period following the 1980 Kwangju Uprising, a student democracy demonstration brutally suppressed by the Chun Doo Hwan military regime. The film channels Park Kwang Su's feelings about his country and politics in the dark, repressed years following the uprising, offering an angry, hard-boiled portrait of the political, economic, and social tensions tearing through 1980s Korea.