The Bird Who Stops in the Air 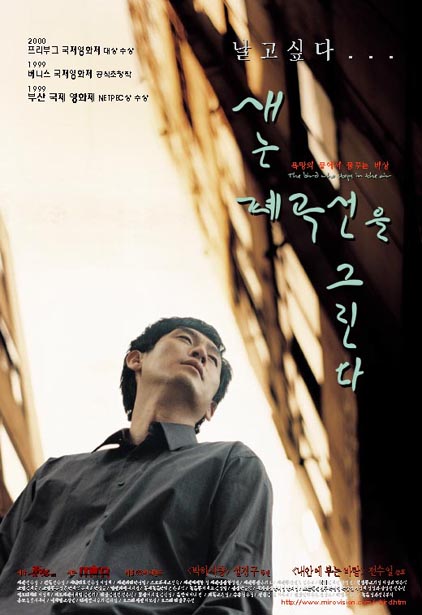 Kim teaches at a provincial film school and is no favourite among the students. Different from other professors who help them find contacts and start their film careers, Kim is too focused on film itself and on making his own film, a desire which begins to merge with his longing to fly. He is slowly working on his own screenplay about the life of birds and doesn’t notice that his professional and personal lives are falling apart. Kim’s girlfriend, Young-hie, struggles with her fears about the future and tries to interest her lover in their relationship. Her efforts have as much effect on him as a one night stand or college dance. Yet he does accompany Young Hee on a trip to her hometown, though he is plainly becoming ever more estranged from the human world. KVIFF