The Battle: Roar to Victory 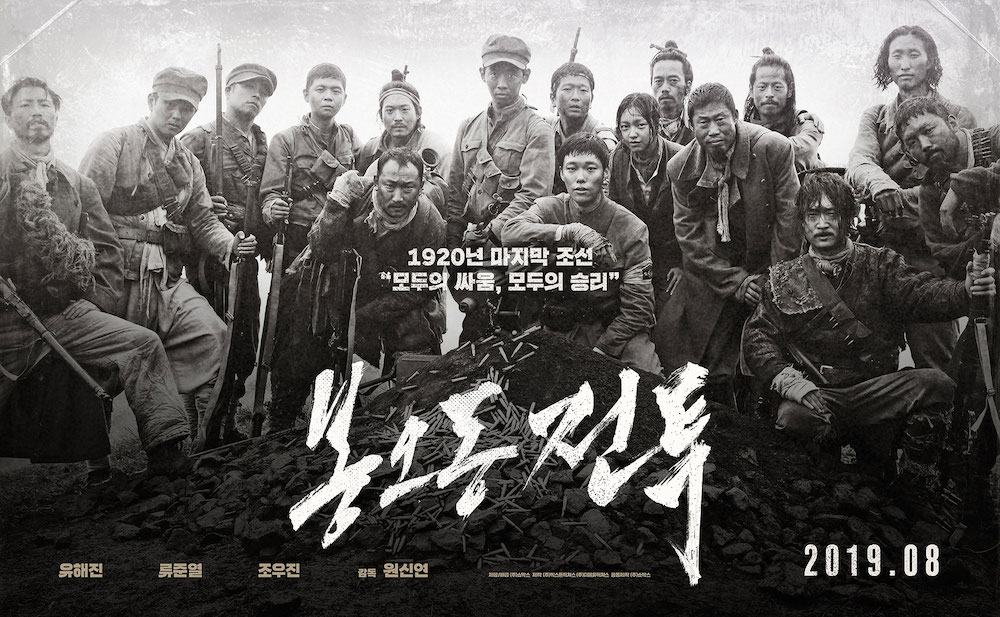 Over a 4 day period, a fierce battle takes place between Korean independence militias and Japanese forces in Manchuria, China. The militia includes Hwang Hae-Cheol (Yu Hae-Jin), who is a master with the sword, and Lee Jang-Ha (Ryoo Joon-Yeol), who is an expert marksman.

G. Nyeste Jun 27 2021 8:22 am I enjoyed this production. I was not aware of this pre-WW2 history and was very impressed by the story. A very good job by all the actors involved.

latte Sep 15 2020 9:57 am I just finished to watch after saving it on my to-watch list for a really long time. I can say that this movie was really great. If I to give a rate, then it's 9.8/10. From the actors, actings, character developments, cinematography, plots, etc was really GREAT!!! I'm really satisfied after finished watching it. The war scene was so epic. I may be biased while writing this review, but Ryu Jun-yeol really portrayed his role so well and also other actors and staffs too as as well

Daymare Jun 24 2019 1:56 am Interesting how they managed to cast Japanese actors in the movie since they usually refrain from villain roles in movies about the independence of Korea from Japan. Jo Woo-jin low-key looks like Yoo Yeon-seok as Dong-mae in "Mr. Sunshine" >v<