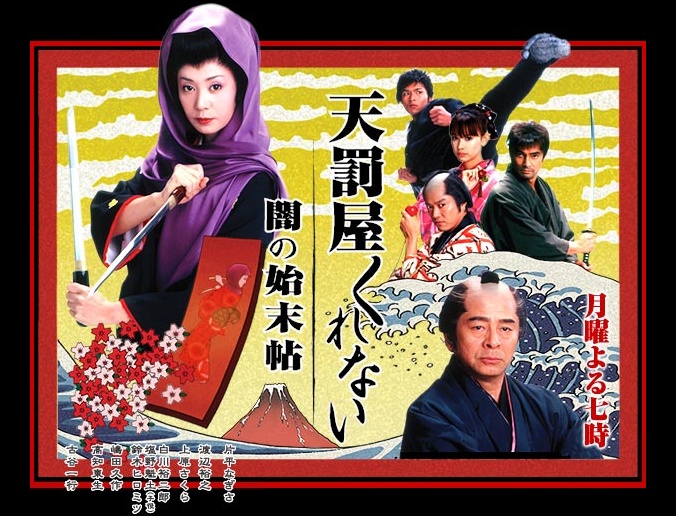 Behind some of the heinous crimes that plague the people of Edo, are shadowy characters that the law cannot touch. Their lowly victims have no choice but to suffer in silence. Matsuzaka Kurenai (Katahira Nagisa) is a loving wife and mother by day, but in the dark of night, she turns into a knife-wielding avenger of evil. Under the leadership of Ebisuya Monzo (Furuya Ikko), Kurenai and her fellow avengers rid the world of criminals considered above the law.