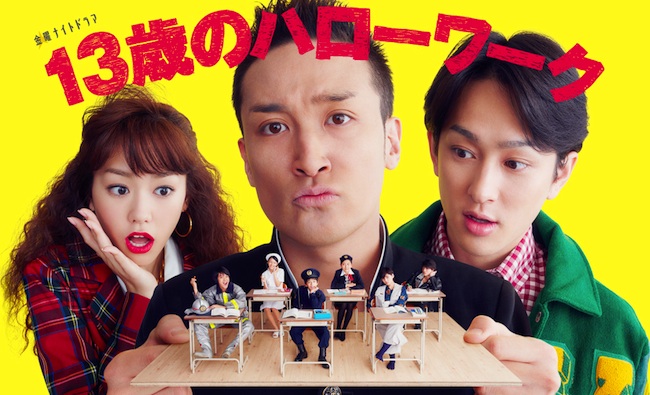 In 1990, 13-year-old Teppei Kogure (Taketo Tanaka) was saved by a detective from the investigation division at the Tokyo Metropolitan Police Department. Since that incident, Teppei dreamed of becoming like him.

In 2012, Teppei (Masahiro Matsuoka) is now 34-years-old. He graduated from high school and now works as a police officer at the Tokyo Metropolitan Police Department, but the pubic safety department rather than the investigation unit. Teppei still aspires to work at the investigation unit, but his chances look bleak.

On his birthday, Teppei goes to a karaoke bar. He is supposed to meet his girlfriend, but while waiting for her at the karaoke place, he receives a phone call from her. She informs Teppei that their relationship is over. Teppei gets angry and stats to sing alone. He then falls asleep. The next day, when he wakes up, he walks outside of the karaoke place and finds things different. He asks a woman passing by what the year is and she tells him it is 1990! Teppei is shocked and proceeds to go to the middle school where he graduated from. He sees 13-year-old Teppei running around. Teppei attempts to stop 13-year-old Teppei, because he remembers what will happen. Teppei decides to steer the 13-year-old in fulfilling his potential ...

Nanashidess Jul 22 2019 7:36 am The storyline is interesting, funny and enjoyable.. At the end you will know why the old takano always seem mad at teppei.. It is a mush watch story!!!