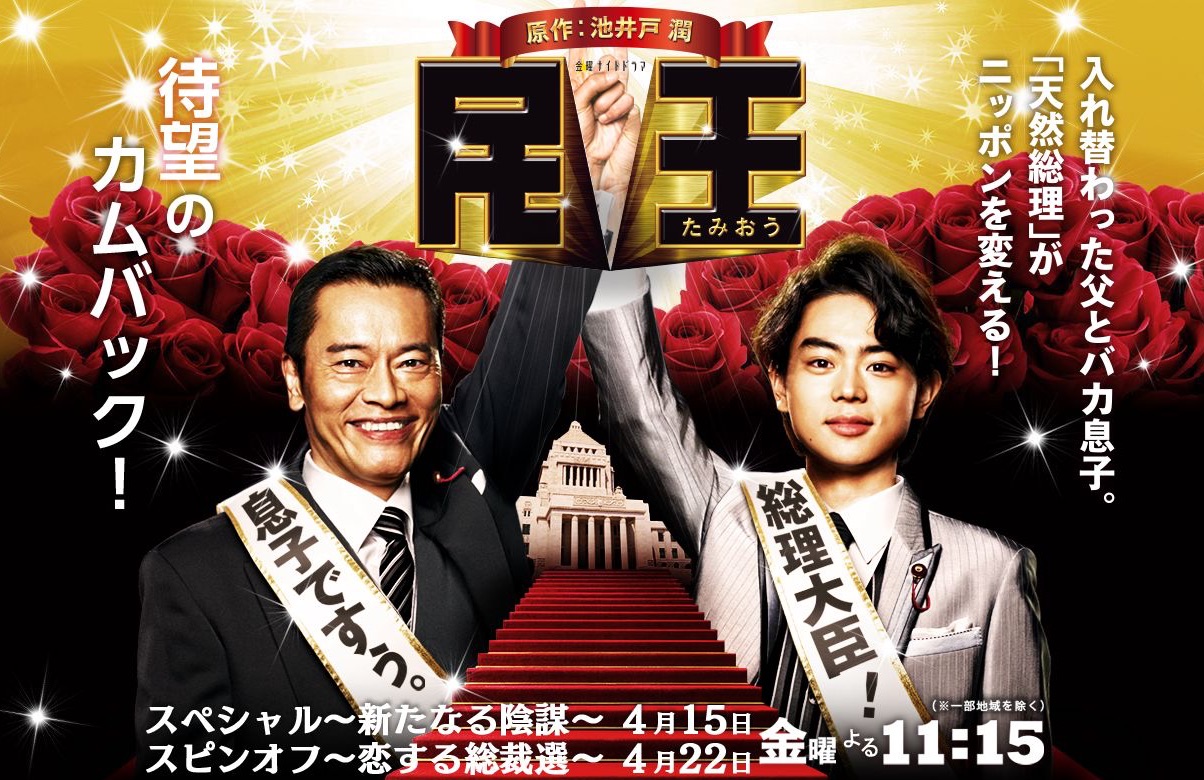 Taizan Muto (Kenichi Endo) is the Prime Minister of Japan. His son Sho (Masaki Suda) doesn't like him, because he feels his father neglects their family. Sho is a university student and refuses to live at home.

Meanwhile, Taizan begins to live as a university student. On behalf of his son Sho, Taizan tries to find a job. At an interview, he gets into a heated discussion with the interviewer. Taizan wins the battle, but loses the war. He doesn't get the job. Taizan also becomes bewildered with girls that have dated Sho in the past.

Cathy Feb 18 2016 9:41 am Must watch series!! Both Kenichi Endo(Muto Taizan) and Masaki Suda(Muto Sho) are really funny and also Issei Takahashi(Kaibara) too i like how he always explaining all the things to Sho and when he's mad haha but the series is too short hoping for another season!