Take Care of Us, Captain 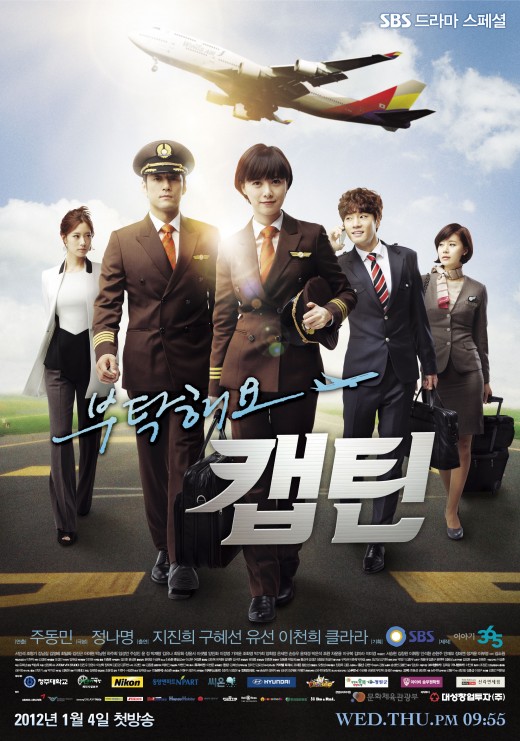 "Take Care of Us, Captain" follows Han Da-Jin (Ku Hye-Sun) in her attempts to become a pilot ...

Kim Yoon-Sung (Ji Jin-Hee) is excited that he is flying as co-pilot with a legendary Captain Han Gyu-Pil (Kim Chang-Wan). One of the passengers on the plane is Han Da-Jin's (Ku Hye-Sun) pregnant mother. She is flying to San Francisco to attend Han Da-Jin's graduation ceremony from a flight training school.

While the plane is making its way across the Pacific Ocean, the Captain leaves the cockpit to go to the restroom. Co-Pilot Kim Yoon-Sung is left alone in the cockpit. When Kim Yoon-Sung reaches for something, he accidently hits a lever. This causes the autopilot to become disengaged. Kim Yoon-Sung pulls on the yoke toward him and tries to get the airplane leveled. He manages to get the plane flying safely again.

The Captain hears of the situation and checks to see which airport they should make an emergency landing at. The nearest airport is in Anchorage, but the weather there would make the landing risky. Captain Han Gyu-Pil tells co-pilot Yoon-Sung that should make an emergency landing at the San Francisco airport. Yoon-Sung opposes the decision and asks him what if the pregnant woman was part of your family? Captain Han Gyu-Pil replies that the pregnant woman is his wife, but the collective lives of the 300 other passengers are more important.

The next day, Han Da-Jin asks her father Captain Han Gyu-Pil what her mother meant to him. She also tells him that her mother was also his passenger.