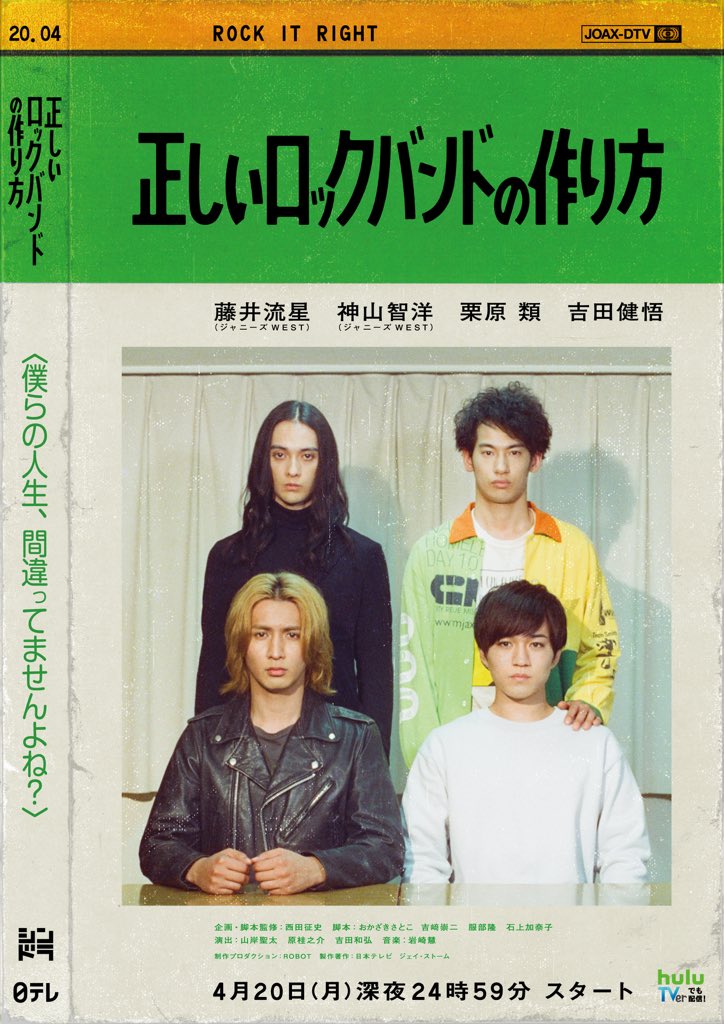 Shizuma is the leader of the group. Tetsuma is a university student, who does not have a dream or goal. Rokuro is a mysterious figure. Noboru is a guy with a bright personality. The goal of the band is to take part in the "Dengeki Rock Festival," which is the biggest musical festival in Japan. One day, Shizuma suggests that the group should have a new member. The four bandmates go to a cafe to meet a candidate for the group. The person who awaits for them is a middle-aged man (Jiro), who can only play Hawaiian musical instrument.