Sword in the Moon 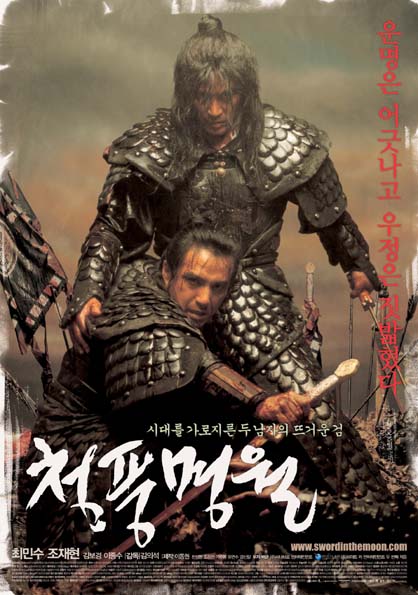 A series of high-ranking officials are being systematically eliminated by a sleek assassin and his female assistant, and arrogant master swordsman General Choi (Cho Jae-Hyun) is charged with putting an end to the carnage. During a previous time of political upheaval, the Clear Wind, Shining Moon martial arts school was caught in the middle and its members ruthlessly slaughtered. Top student Choi swore allegiance to the usurpers and was spared; now, his former friend, Yun (Choi Min-Soo) is exacting vengeance on behalf of the victims.