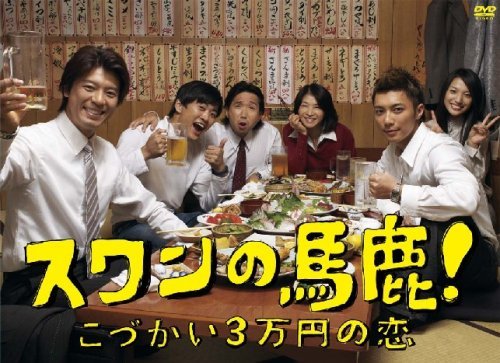 40-year-old Daisuke Suwano (Takaya Kamikawa) tries so hard to keep up his image as "Best Father" "Best Husband" and "Best Boss" in front of his staff who respect and admire him. In spite of his cool and generous appearance, he locks himself up in a bathroom to count how much money he can spend till the next payday. His wife allows him to use only \30,000 (US$270) a month, which is almost impossible to survive, but that's actually average allowance a Japanese husband gets. Daisuke feels he's just like a swan; swimming on the water so elegantly while struggling desperately under the water. This heartwarming romantic comedy follows the daily struggles of Daisuke and two other guys and their encounters with a young executive and a possible romance. Life is tough, but in the end, you always find something precious. -- Fuji TV