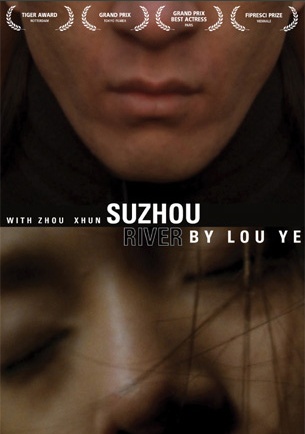 A lonely man with a video camera wanders the streets of Shanghai, making up stories about the people he sees crossing the bridges or passing by on river boats down the Suzhou River. His girlfriend, Meimei, has left him without explanation. One day, he is jolted out of his misery by a visitor, Mardar, a motorcycle courier, who has just been released from jail for kidnapping his teenage girlfriend, Moudan. Having discovered that Mardar betrayed her, Moudan allegedly jumped off a bridge into the Suzhou River. Only Mardar is convinced that she is still alive...