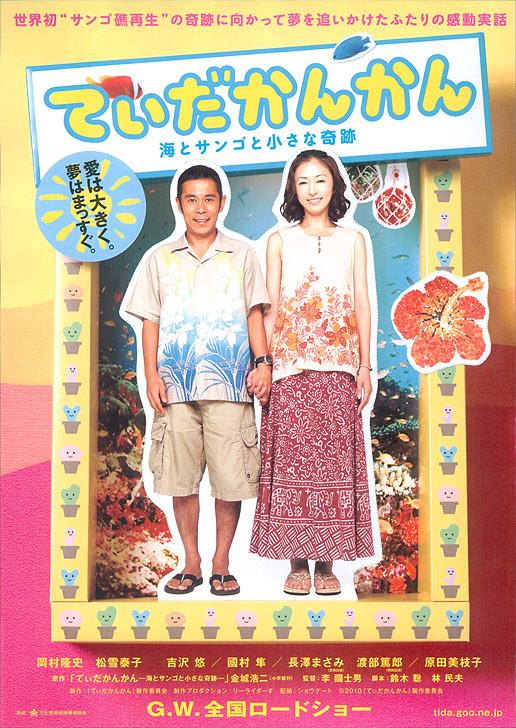 Based on a true story, "Sunshine Ahead" tells the story of environmentalist Koji Kinjo & his wife who embarks on a ambitious plan to create coral reefs in the sea. Although it takes the couple 10 years to finally succeed, they are able to persevere and become the first persons to ever spawn coral reefs.

Jay Jun 16 2013 8:29 am Awesome film! Ive been looking for the soundtrack to download till now but no result. Can somebody help me?

Eyom Apr 02 2013 5:43 pm really great film! inspire me to continue the advocacy of helping the environment in my own little way.

Simon Spear Dec 10 2011 3:00 pm Really good feel good film. The fact that it was based on a true story makes it even more remarkable. Well done!!

garden gal May 23 2010 10:50 am i look forward to seeing this film. i've seen most of the actors before and have truly enjoyed their efforts. i do believe i and everyone else, will find this to be another one of their works that deserve acclaim.