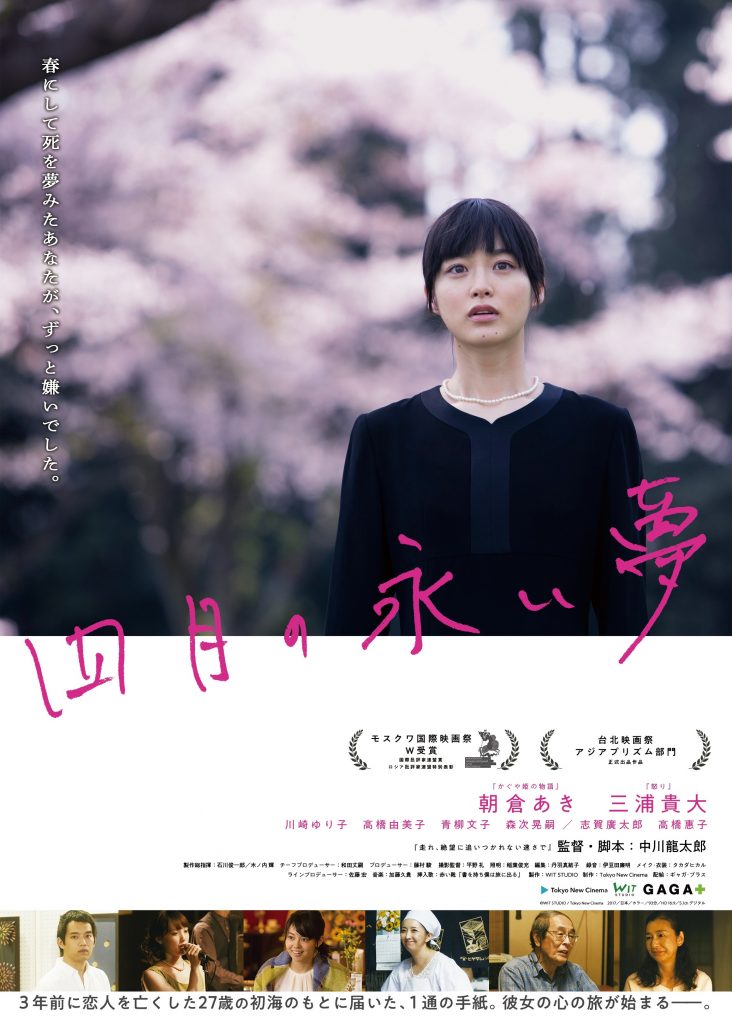 27-year-old Hatsumi Takimoto (Aki Asakura) is a former teacher and now waitress. She holds a secret. Three years after her boyfriend died, she receives a letter from him. After meeting a former student, Hatsumi Takimoto confesses about her past.