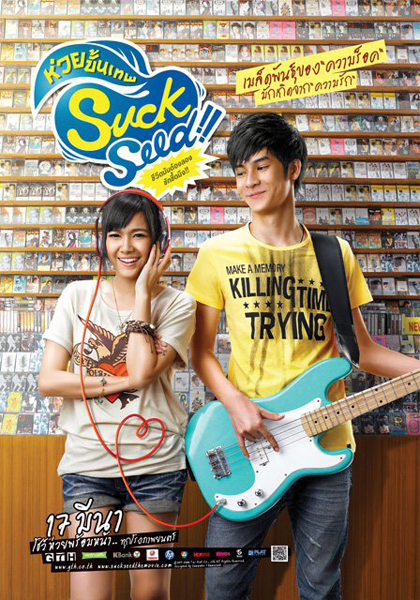 As a young boy, Ped was a geeky kid who held a crush on classmate Ern. When Ern moved away with her family to Bangkok, Ped was crushed.

Now in high school, Ped and Ern are reunited after she backs to her hometown and attends the same school. Ped's best friend Koong then hatches a plan to get the attention of Ern and other girls. They will form a rock band! The boys are in for a bigger surprise when they learn Ern is a talented guitarist and joins their band. A talent show competition looms ahead for the band, while Ped and Koong find themselves vying for the attention of Ern ....

Surya May 11 2014 10:26 am i love these movie, i am very happy after waching, sy ngefans banget sama " Pachara chirathivat, sang secret billioner ",

Mariz Apr 12 2014 4:21 am Because of this movie I started to like thai music.....>^-^<..... and it seem like or it look like Philippines not really the place but some place look like while watching it there is similar in the Philippine like Tomboy in our school there is a lot of them they really nice. Some people look like Filipino and some look Chinese and American ... I Love Thai movies funny and touching story.... I Hope ASIANWIKI Will features some THAI Artists and MOVIES AND TV DRAMA . When i search them no one write who they are i just want to know since it started me to like thai... I would totally happy if you write or features about them thank you

robyne Oct 27 2012 1:53 pm i thought young ped (Tonhon Tantivejakul) was adorable. i was hoping he was in other productions but it looks like this was the only one, which is a shame. :/

carmela mae duron Oct 19 2012 9:21 pm The MOVIE is totally cute. It focuses on PED,ERN EX and KOONG. i really love ped he`s totally cute love him so much.. please watch the movie you`ll be inspired and surely you`ll `enjoy it.

teguh Apr 06 2012 6:54 am i just wanna say "i love this movie",i hope some times every actor in this movie can come to Indonesia for meet with suck seed's fans...