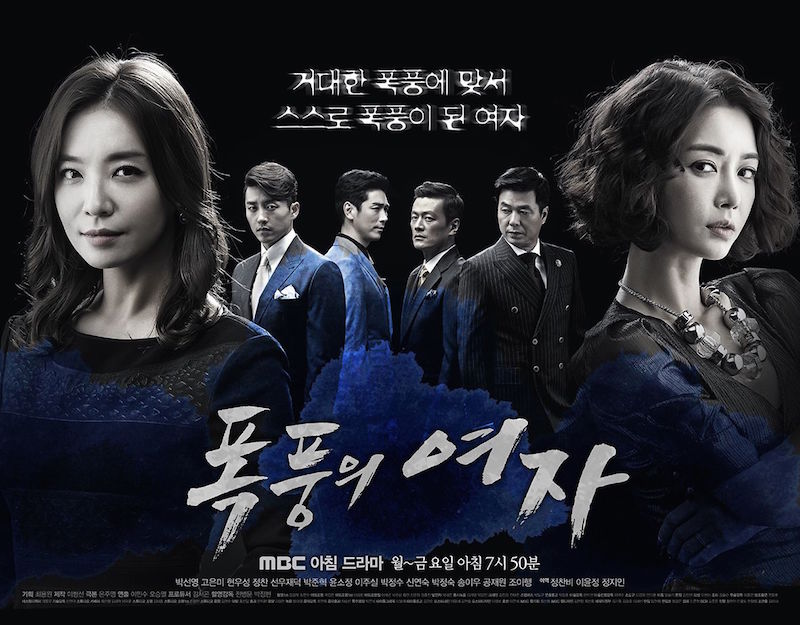 Jung-Im (Park Sun-Young) lives an ordinary life as a wife and mother. Her ordinary life comes to a halt when her friend has an affair with her husband and she loses her daughter So-Yoon.

Rose Jun 02 2020 8:29 pm This drama is very boring.. very disgusting for character Han Jung min and her friend, hung woo sung. I see this drama coz for Park hyun sung character.. want to know his ending

Marlene Jun 01 2020 8:52 pm Like in most of the Korean dramas the story starts pretty good but unfortunately soon stretches to a point of becoming tiresome and unrealistic. And the most disappointing are systematically rushed endings which most of the time do not even make sense as culprits rarely get punished or even everybody end up living together peacefully and happily forgetting all the hardship over a bowl of crocodile tears.

Aloe vera Mar 26 2020 12:53 pm This story is stupid,not realistic ,the producer make it stupid so that it runs more episodes which meant more hours which means higher price . Too bad Korean TV drama are all the same type of story ,all about female war,the guys ,husband are made to be dull,slow,no leadership ,no machoism,it tells what the Korean man are,Too soft ,lazy,now to women blindly. There is wives ,mother and mother in law,the evil women,all are the lead ,they are the CEO,chairman President of a company,the guys are useless,that what Korean man image,they only knows how to make overacting like the " village idiot",..a man should lead the women ,even isf the women is the generals the man have their honour,Korean should see how Japan and Chinese make movies and TV series logic ,realistic. This is a real garbage just like hundreds other Korean TV series,better start make a new change otherwise viewers all over the world will becoming fed up ,boring ,I like the film about history,action,but when it comes to soap love series ..Korean make bad image of their own people ...naive ,dull,childish ,immature .

gem Jan 19 2016 2:59 am Judging from the other comments here, i'm not the only one feeling the stupidity of this drama. Could have been one the best but began to lose it towards the latter episodes; repetitive and ridiculous! Are we viewers dumb or what? HanJungIm pretends to be in coma to deceive her enemies and yet runs around outside boldly looking for clues without any fear of them discovering her empty bed (ep 120)! Hope that the final episode will be good and save me from feeling extremely disappointed.

llhong Jan 19 2016 2:45 am Okay, the writer finally killed the drama for me when old Mrs Do fainted for the third time and forgot everything that she overheard! It gets more and more stupid!

Berry Dec 15 2015 12:58 pm This drama brings a dejavu of those Spanish and Indian dramas I used to watch that keep rotating about same issue, also lead character is awesomely dumb n careless, the Writer spoilt what could have been a really good drama, I agree with@shep, @chase

tp Aug 25 2015 1:32 pm One thing I realized when watching a drama with lots of episodes you gotta be patient. Normally starting from episode 40 something then the story does make sense and gets more exciting. I used to have been very impatient and wanted to slap those evils, but eventually got used to how the story leading to and …voilà!

Dawn Apr 24 2015 12:58 pm This drama is getting really stupid right now. I agree with@shep....why the hell hasn't Han Jung-Im went to the police on any number of occasions when she should have, especially when she had evidence in her hand. She would have at least avoided a contract marriage agreement with Joon-tae, whose become obsessed. The mystery of how her daughter ended up in vegetative state and then dead was revealed, so why is this storyline growing out of control like this.

Han Jung-Im needs to slap Hae-bin's ass across the face, spit on her twice and tell her to die!!! A

Her evil as ex in-laws she should have dealt with them a long time ago, for lying and putting her in prison...she seems to have forgotten all about their sorry asses. She keeps the former sister-in-law employed at the art gallery, which is STUPID!!!! Min-young's ass would've been the 2nd to go once Joon-tae appointed her as Director over the gallery. Instead, she's allowed her to keep her job, and start where Hae-bin's mother left off...stealing art from the gallery!!! SERIOUSLY WRITERS!!!

As for Hyun-woo, I'd have to tell him....if you don't stop communicating with me and calling me out in the open for all of the Do family members and your brother to see and plot against me, you will be the next person I deal with. As much as he likes her....he's just as stupid and naive to be a grown ass man!!!

The teacher, whenever she gets her senses back...she hesitates to tell all she remembers! Then something happens to her again thanks to Hae-bin and Hae-bin's birth mother....and Jung-Im is still left in a state of "Everlasting Sorry." The teacher is just a stupid as Jung-Im at this point....can you say it's time for a CAST KILL!!!! WHAT DO YOU THINK WRITERS....IT'S TIME FOR THE TEACHER TO GO...WAIT, DAMN YOU CAN'T KILL THE TEACHER UNTIL IT'S REVEALED THAT JUNG-IM IS LIL FOAL!!!!

Oh what else is funny to me is....that Min-young doesn't seem to care what happened to her niece at the hands of Hyun-sung being despicable and helping his wife hide the fact that Min-joo injured and ultimately lead to the death of her neice. She's giving him a pass....MIN-YOUNG, NO MAN CAN HAVE SEX THAT GOOD TO MAKE YOU LOSE YOUR MIND AND FORGET YOUR FAMILY. Even the former mother-in-law, no sense of loyalty....just a bunch of IDIOTS!!!!

In order for Han Jung-Im to win at this point...she has to effectively turn Joon-tae, Hae-bin and Hyun-sung on each other....so they will tear each other apart! And a way to set her ex- sister-in-;law, husband and mother-in-law against each other, while going at it with the Do's. Jung-Im, has to find a way to punish all of them at the same time, without handling them one at a time. She's got to get the ex-husband and Hae-bin for killing her mother and hiding it, for having an affair and divorcing her and sending her to prison. She's got to figure out how to take the ex sister-in-law down for helping to send her to prison, and for helping to keep her locked in this fake marriage contract w/Joon-tae. She's also got to figure out how to ripe that mask off Hyun-sung face, while taking what he covets most...the company!!!

Writers, you've got a lot of work to do in a short amount of time....before ending this drama. So please so not try to wrap all this chaos up in one 30 minute episode!!! Thanks!!!!

Jamse Apr 03 2015 11:00 pm 40 plus episodes of human monsters (and their teenybopper kids) destroying lives without a trace of conscience or remorse. Can we PLEASE get to some payback?

shep Mar 13 2015 7:50 pm also has anyone noticed that Jung-im has never gone to the police... after all thats happened. she knows who caused the death of her daughter and haven't even lodged a complaint. been robbed of the usb on multiple occasions which even include physical assault. been kidnapped by the evil lady, and kidnapped a 2nd time by the evil lady's husband. never tells the police that her daughters friend witnessed the crime.... that girl was also kidnapped and not reported by Jung-im, as well as harrassment and coercion by the evil lady on the child....... all things that should be reported

Talk about a useless character

I love the entire cast. The female lead is awesome, the strength she shows during all this hardship and her overall will to fight for her justice. I like that she is not longer going to take it laying down....I believe it's going to workout for Jung-Im...if the writers make it workout any other way, I'm gonna be sick to my stomach.

The plot may be similar to most dramas being released but what can the writers and actors do, as it's a formula that's approved by Korean Censorship (I'm guessing...politics determines what script material is presentable to the Korean and Foreign public).

Anyways, I say all that to say, that each drama, while predictable has the potential to have a surprising outcome.

I wish the cast of this drama great success....even while watching I may dislike some of the characters but never the actors portraying the role....so good luck to Park Sun-Young (Jung-Im), Hyun Woo-Sung (Hyun Woo), Jung Chan (Hyun-Sun), sidenote....Jung Chan is so sexy to me! And all the other cast members.

OdessaAltamira Jan 01 2015 7:45 pm This Drama is really Great...It's too far Different from Crazy Love.. I'm really excited to the Lead Actress to make their own Storm :-)