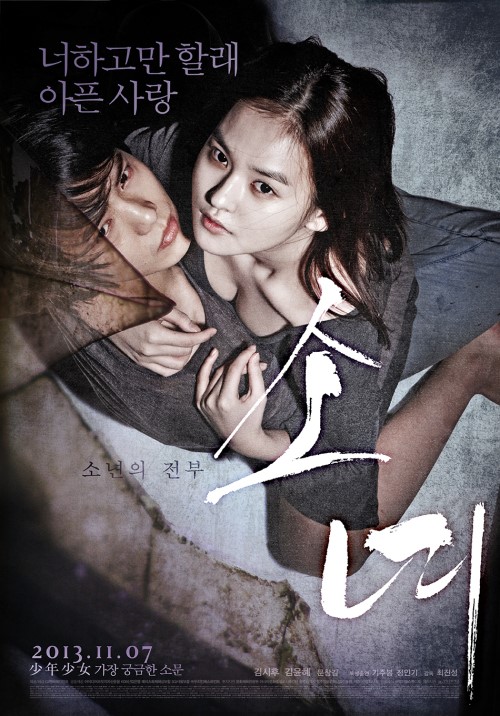 Set within a small town on a mountain, Hae-Won (Kim Yoon-Hye) lives alone with her mentally ill father. Her father is viewed as a pariah by the other residents. Rumors also swirl around Hae-Won. She knows secrets about the other residents that others find mystifying. Hae-Won also hards a dark, terrible secret.

Yoon-Soo (Kim Shi-Hoo) blames himself for his friend's suicide. His parents decide to move from Seoul to the small mountain town. Yoon-Soo is viewed by others as the cool guy from Seoul, but he takes an interest in outcast Hae-Won. A fatal love begins. 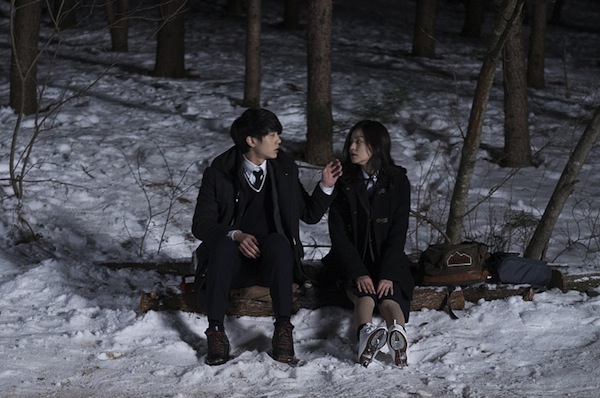 trpclnight Jul 04 2018 9:13 am this movie was weirdly amazing, the whole atmosphere was really capturing in my opinion, i felt kind of empty but still a little bit sad at the ending (does it even make sense?? lmao) i really like this kind of unique theme, the actors were really good too

yoyomama Aug 30 2015 11:48 pm the ending was quite peculiar~ the overall atmosphere of this movie gave me an eerie feeling...all in all, the theme was somewhat unique :D

luna Aug 12 2015 12:47 am after watching this movie, i felt really sad and empty. yes it was weird but i like its weirdness haha

Lpp Dec 17 2014 6:11 pm Really good movie !! The end was a little bit sad ... I love happy ending :( But their love and passion was way too perfect, I really love that. Love the actors they acted so well. Hope they will have other dramas or movies together again.

Oyabun Jul 07 2014 2:25 pm Weird movie. There are no good guys, no bad guys, only weird people doing weird things. Some will see the teens are the right ones because of the innocence of youth but they are mental as well. The end is nicely made though.

slt Apr 04 2014 7:56 pm Astonishing and striking wondrous movie, with scenes which remain indelible in the memory. Just excellent in every way, one of my favorites from now on. As about the end, the last scene has a deep meaning (only few will understand it) and is pictured with an indescribably perfect way!

slt Apr 04 2014 6:23 pm Astonishing and striking wondrous movie with scenes which remain indelible in the memory. Just excellent in every way, one of my favorites from now on. As about the end, the last scene has a deep meaning (only few will understand it) and is pictured with an indescribably perfect way!

Maryam Ahmad Mar 30 2014 12:58 pm just finish watching this. a deep movie but the ending was (not going to spoil it) I really recommend people to watch this movie but probably most of the people won't like it. but this is far most one of my favourite Korean movie. Hands down to the actors and of course the director/screenwriter. <3

Rere Oct 23 2013 11:29 am i just saw the teaser omg! it's very very amazing i love movies like that do any one knows where to watch it ??? p.s: the male actor so hot & idk but i think the girl in the movie maybe the boy too are maybe evil or something ,lol