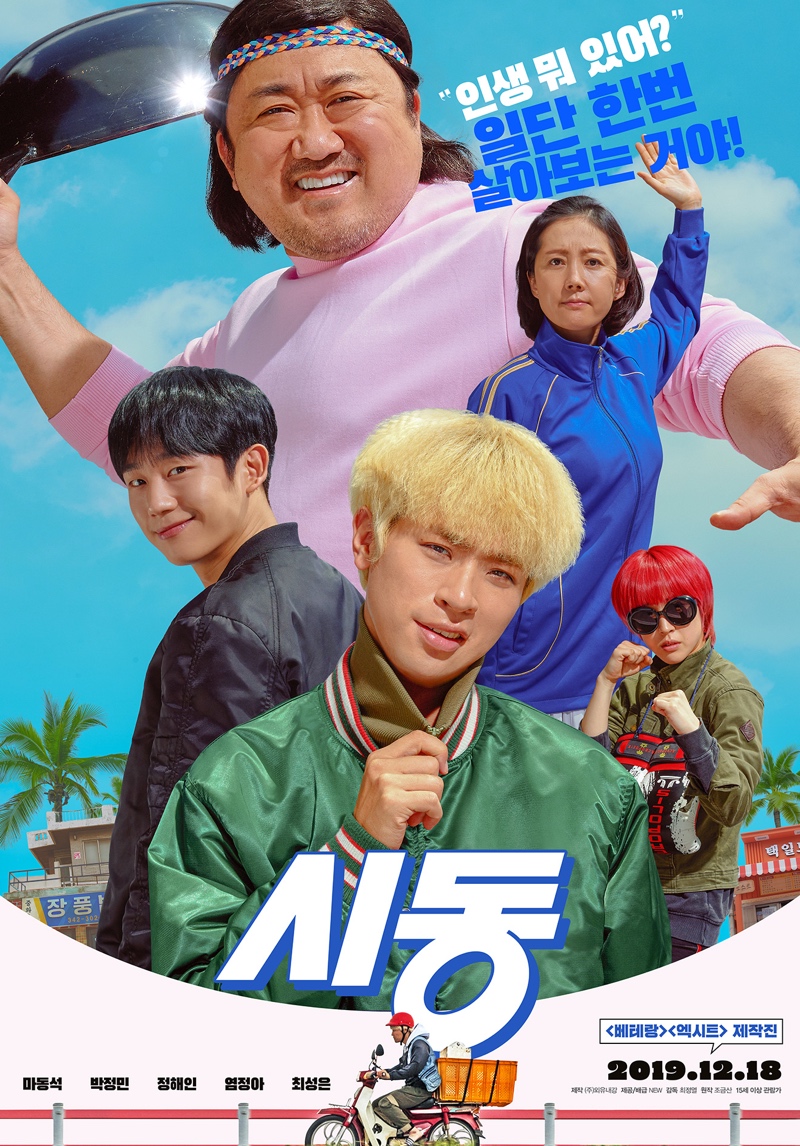 Taek-Il (Park Jung-Min) is 18-years-old and rebellious. He lives with his mother. When she was younger, Taek-Il's mother played volleyball. Going against what his mother wants, Taek-Il drops out of high school. He spends his days hanging out with his friend Sang-Pil (Jung Hae-In). One day, Taek-Il suddenly leaves home and goes to Gunsan, North Jeolla Province. He gets a delivery job at a Chinese restaurant. There, he meets mysterious cook Geo-Seok (Ma Dong-Seok) from the Chinese restaurant. Meanwhile, Sang-Pil begins to work at a private loan office.

Monette Aug 26 2022 9:04 am I way too happy! Get to watch my favorite korean actors! I am really as always been amazed by Park Jung min then there is oppa jung hae in!

And blended with Mr. Ma Dong Seok whom i am always happy to see in every movie and series that i get to see him. I am always excited!

Plus all the actors and actresses that compliment the movie. Thank you!

Krystal Dec 19 2020 2:49 pm Watch because of the start-up drama, interesting film and beautiful ending but I really don't know what GS's job actually is

caca Mar 17 2020 7:59 pm all main casts are great actors! and park jung min should start a new highscooler drama. i really want to see him as a male lead in a highscooler uniform in a teenager drama PLEASE

LKB Dec 02 2019 8:34 pm Ma Dong Seok and Jung Hae In... Ma Dong Seok with that hair/fashion sense as a cook... I'm going to need a "empty bladder first" warning whenever I get to see this! That big boy makes me giggle like a school kid.