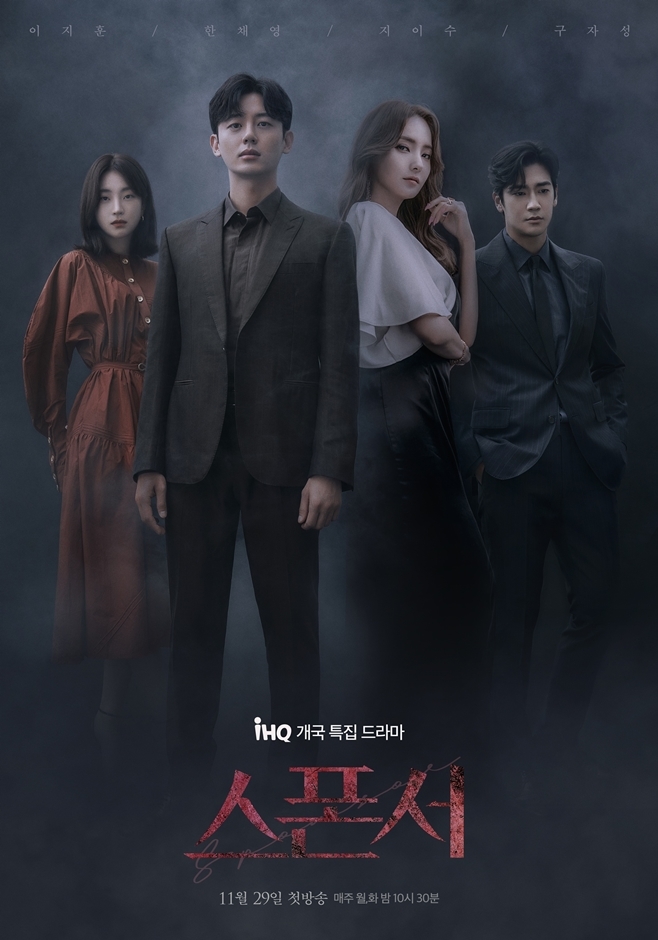 A story of four people who look for a sponsor to satisfy their desires.

Lee Sun-Woo (Lee Ji-Hoon) works as a photographer and editor of a famous magazine. He has a warm smile and gentle disposition, but he experienced a painful past. Due to this, he badly wants to get revenge.

Han Chae-Rin (Han Chae-Young) is the CEO of a cosmetics company. She has everything, including wealth and beauty. She is an ambitious woman, who gets whatever she wants.

Park Da-Som (Ji E-Suu) is a rising star. She is ambitious and willing to do anything to attain success. She has a son that suffers from a rare disease and she tries to protect him. She is married to Hyun Seung-Hoon (Koo Ja-Sung). He wants to be a model, but he is frustrated by his harsh reality.

Ajumma Fangirl Apr 02 2022 8:37 am Watching this just because (maybe I feel bad for Lee Ji Hoon?!) I mean I think this is his first lead role and this series was caught up with an issue before airing thus the delay.

The overall drama is lacking. As much as I like Koo Ja Sung (in The Secret Life of My Secretary) he’s acting here is stiff. Actress playing Han Chae Rin despite being veteran is acting too “staged”.

I have to agree with one comment also about the investigator. How can he be the ONLY one being hired by all the characters?

Nathaniel B. Mar 29 2022 10:03 am I didn't mean to demean the ability of the many fine actors in this series, but they really have nothing to work with.

Nathaniel B. Mar 29 2022 5:47 am If I had to use one word to describe this series, it would be "insipid". The director has really failed. It is completely lacking in flow, the scenes are so obviously staged and done by the numbers. As for the characters, I don't like, or dislike anyone enough to care. (With the exception of Kim Jung-Tae's fully-realized characterization of David Park.) Koo Ja-Sung's perfornance is especially lacking and wooden. The only thing I found appealing was the relationship between Sun-Woo and Ji-Na, and that was ended idiotically in a drama that is supposed to be realistic. To me, at least, the whole thing is an unfortunate failure.

RONALD PARK Mar 16 2022 2:45 am 5 episodes I've watched..got fingers crossed but so far cannot find any character to root for. They all seem flawed. Especially the Private Investgator...really? He's the only one in Korea...jeez

Thea Mar 04 2022 3:26 pm What can one say about Seung-Hoon's wife- Super B*tch, selfish and money hungry, and she suppose to be an actress, why isn't she working to bring in money instead having Seung-Hoon do everything and she was getting ready to throw Seung-Hoon and his sister on the street. She is the worst.

roses Mar 04 2022 2:06 am I just watched the first episode. I think the actors in this drama are too thick with makeup and have old-fashioned clothes. the background sound of this drama is also too lame and very disturbing.

Country bumpkin Feb 27 2022 2:42 pm Sometimes one kdrama could exceed my expectations in many matters such as seamless story line, top-notch actors, etc., on the other hand, that same drama could contain, at least from my own subjective angle, shortcomings that might be way a bit too much and in the end all the good factors won't be sufficient to redeem the drama overall. So my "way" to deal with that is try to to let the shortcomings go. Pretend that i didn t see it so i could continue. For this drama, i just pretend i didnt see those way too much make-up on some supporting actors, even the male one. Two eps so far. So i shall continue. Still too early.

Holoew Nov 01 2021 8:37 am I'm so excited to see Lee Ji Hoon as male lead. This drama got same time slot with Show Window but I heard the fans of that drama saying this poster is bad and some other insecurities. Well, they should've glad. The lead, Song Yoon Ah and Lee Sung Jae are legendary one. Screw them if they compare ratings